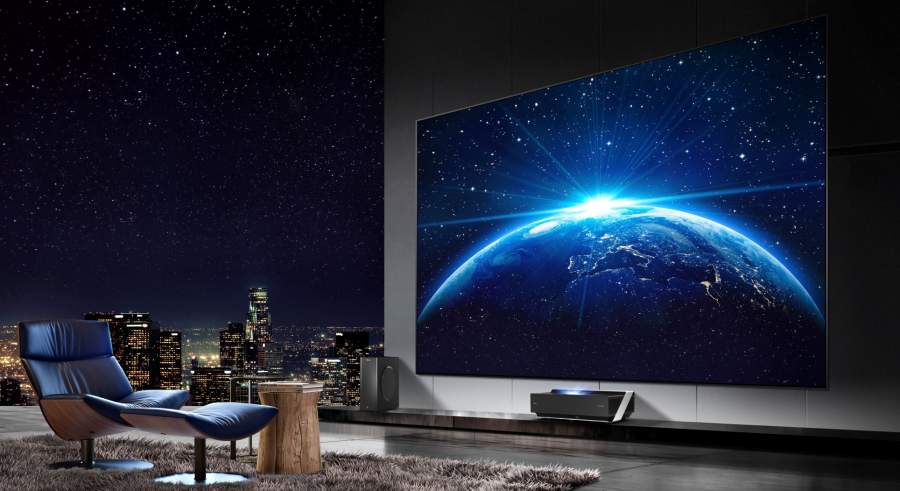 Hisense is a leading Chinese manufacturer that has been in the TV business for quite some time and is currently the No. 3 producer of televisions worldwide. Hisense is also the fastest-growing TV brand of the top 6 brands in the U.S., according to recent data released by NPD Group.

Hisense is a budget brand that makes decent TVs and has been improving on reliability, user-friendliness/functionality (i.e.; buggy interface) and picture quality over the past few years, and is now considered a good choice for anyone looking for a solid performing TV at very affordable prices.

In this article, I will highlight Hisense’s new 2019 4K TV lineup the company announced at CES, with more models likely to follow as the year moves on, so stay tuned for updates. 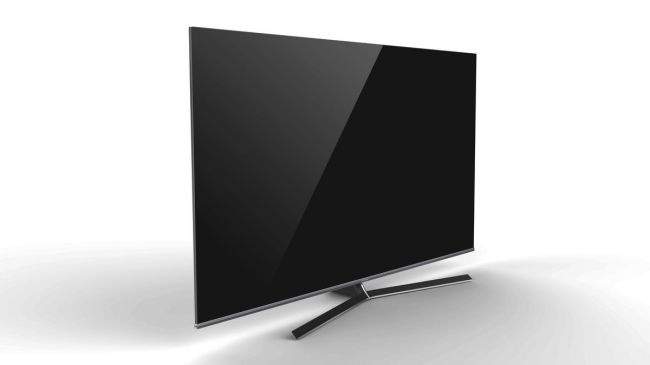 Before I get to this year’s new models, I’d like to mention two TVs that are unique in Hisense’ product lineup. First is the Hisense Sonic One – This new TV is only 1.1 inches deep at its thickest point, without having to delegate its components, including speakers, to an external system. This display will use a piezoelectric speaker design that delivers sound from the panel itself instead of through traditional cone drivers. No screen size or pricing available at this time. 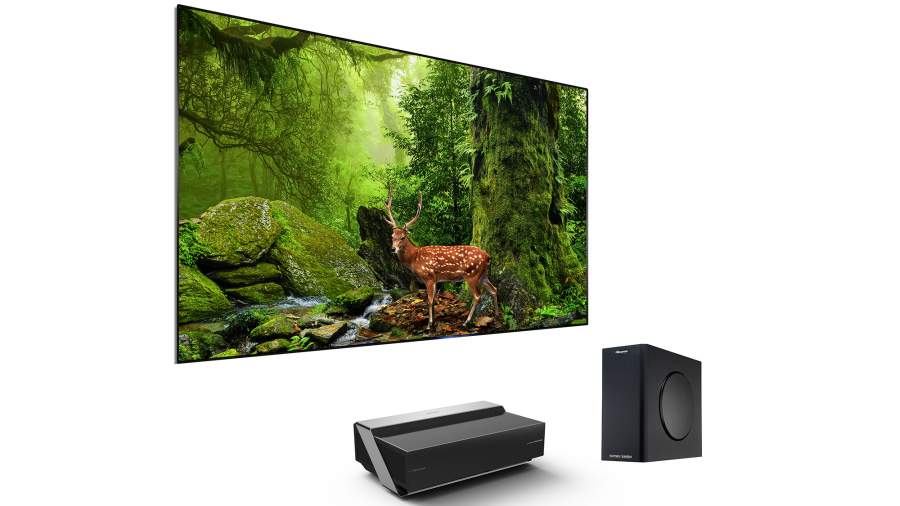 The second product is the Hisense TriChroma Laser TV. This setup consists of two parts: a short-throw projector and the surface it projects on – a 100-inch custom-made, high-gain, anti-light hard screen that looks like a TV panel. This year Hisense is improving the performance of this viewing combo…

The previous model only used a blue and red laser beam to create a visible spectrum; Hisense’s latest 4K Smart TriChroma Laser TV 100L7T will use three lasers: One for red, green, and blue, and combines them when needed for pure white, a formula which the company claims can deliver 100 percent of DCI-P3 color space. No pricing on this latest version, but the previous models were listed at around $10,000. Ouch! 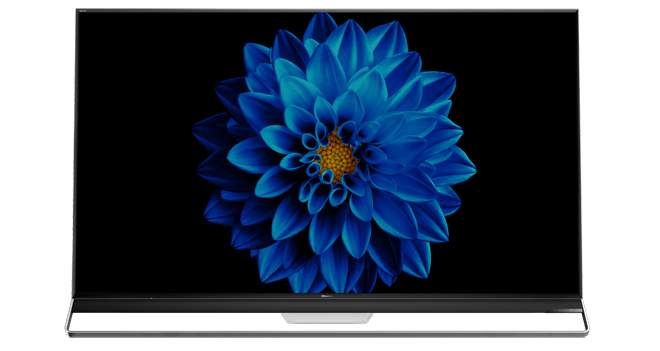 The following product info shown in italics is from Hisense:

Leading the pack of powerful ULED TVs is the Hisense U9F, a Quantum Dot TV with an awe-inspiring picture quality experience that tops 2,200 nits of superior brightness, has more than 1,000 local dimming zones to deliver better contrast and features Dolby Vision® to add dramatic detail with HDR-compatible content. Hisense’s proprietary ULED technology, incorporating a Hi-View™ chipset and a series of AI-based picture quality algorithms, further enhance the viewing experience with automatic recognition of how to improve color, contrast, motion, and brightness. The impeccable bezel-less design and attention to detail cement the Hisense U9F as the TV that defines incredible. 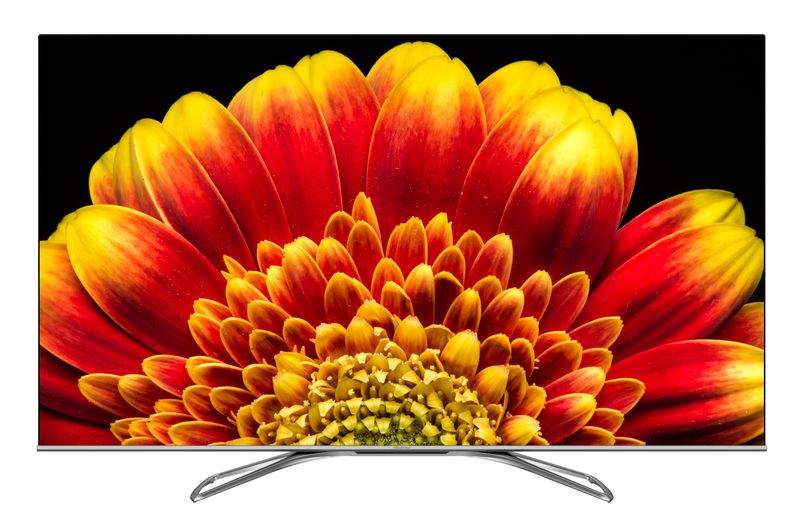 Viewers will also be awestruck by the Hisense H9F, a 4K ULED TV with more than 1,000 nits of brightness, Quantum Dot and Wide Color Gamut for breathtaking colors reflective of real-world imagery and superior dbx-tv® studio sound. The H9F will be among the astonishing Hisense TVs that set a new standard for Android TV ensuring that fans of the apps, games, movies and TV shows available in Google Play explore the best entertainment on an incredible display. 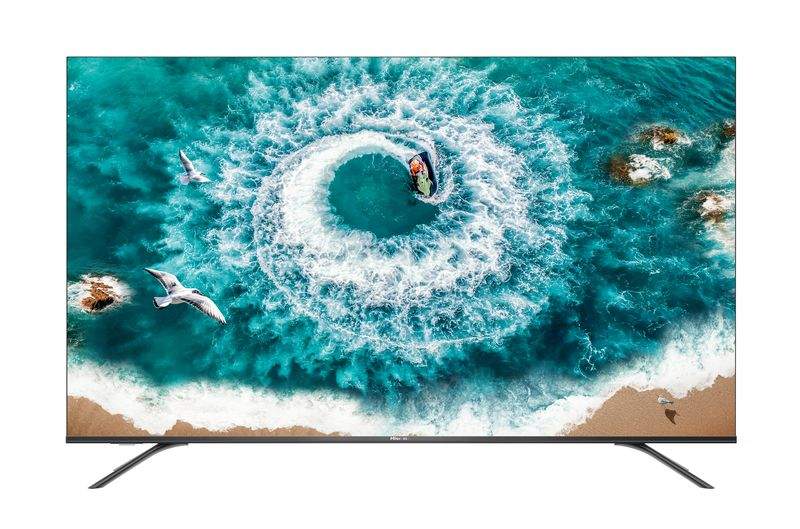 The Hisense H8F series represents a new pinnacle for what can be achieved in its product class. A spellbinding display doubles the brightness achieved in previous iterations and, for the first time in the series’ history, benefits from ULED enhancements to reach new heights of picture quality. Support for the Google Assistant and Amazon Alexa™ improves voice interaction and positions the television as the epicenter of the smart home able to control everything from compatible lights to thermostats, appliances, smart locks and more. 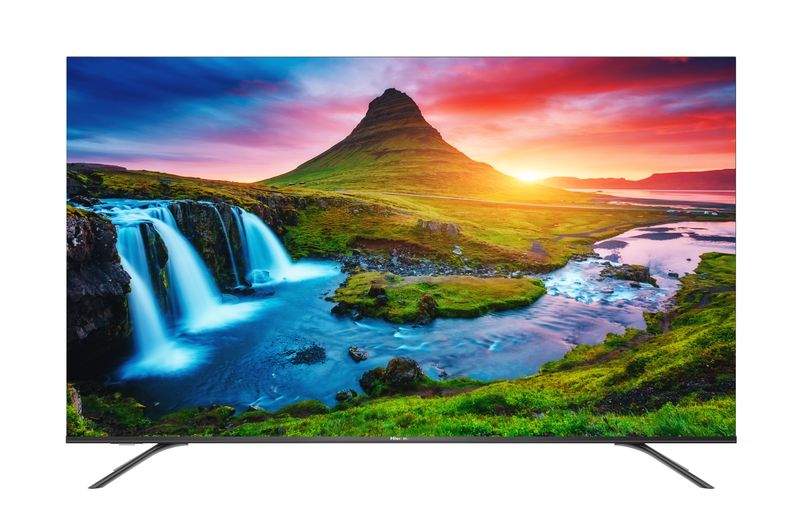 The Hisense Roku TV 4K UHD R8 series is the first TV to combine picture-boosting ULED advancements with the intuitive viewing experience of Roku TV. Dolby Vision HDR that transforms your viewing experience with ultra-vivid picture quality. Full-Array Local Dimming, Wide Color Gamut and 700 nits brightness will make every pixel more beautiful than ever before. Dolby Atmos® immersive audio adds a new dimension of breathtaking sound clarity, detail and depth. Cord-cutters and cable or satellite subscribers will have an abundance of viewing choices through the Roku OS with 500,000+ movies and TV episodes available through thousands of free and paid channels. Free content is easy to find with The Roku Channel, which offers cult classics, live and linear news, sports and entertainment, and more – all without a subscription required. Featured Free, which provides users with direct links to free in-season episodes from top network shows and full past-season catch-ups, adds to the many content sources offered by the R8

The Hisense H65 4K UHD TV is a step down from ULED, minus the quantum dot panel, wide color gamut, or local dimming. It does include HDR10 High Dynamic Range (HDR) support. No Dolby Vision HDR support.

The R7F 4K Roku TV and the R6F 4K Roku TV will both be available in 43-inch, 50-inch, 55-inch, 58-inch, 65-inch, and 75-inch models. The displays feature HDR10 support and use the Roku OS smart TV platform with access to 500,000+ Movies and TV episodes, along with support for Google Assistant devices. In addition, the R7F model includes a voice remote.

Pricing and availability from Hisense