The Birth of High Definition Television

HDTV was first developed in the year 1993. It was created by a group of companies working together to create the next generation of television. Members of this group included General Instrument, Zenith, Sarnoff Labs (RCA), the Massachusetts Institute of Technology (MIT) and AT&T Labs and Philips.

The group was formed in May of 1993 under the observation of the FCC and was tasked with producing a single set of standards that would allow HDTV transmission to be phased into use in the United States. It was not readily available for consumer use until the 2000s when it became more popular in homes. The first HDTVs went on sale in the US in 1998.

That same year I can recall going to a local Best Buy store and seeing their first HD display. It was a rear-projection Toshiba 50″ CRT display. It was showcased for all to see as you entered the video department. And I must admit it did have a beautiful image, especially when compared to the other non-HD analog-based CRT displays that engulfed the rest of the video department.

It was then I knew I had to have this new technology, but at $5,000 it was put well beyond my financial means. So the dream of me owning an HD television would have to wait several years – six years to be exact. Finally, in 2004, my dream of owning an HDTV was realized. It was a 65″ Toshiba Cinema Series rear projection TV.

High definition technology has evolved enormously since its creation. We have seen many types of display technologies come and go since then. For example, Direct View displays which consisted of a CRT (Cathode Ray Tube) and Rear Projection displays such as LCoS (Liquid Crystal on Silicon) and DLP (Digital Light Processing). I would like to note however that LCoS and DLP technologies are still in use today with front projection technology from companies such as JVC, Sony and Epson to name a few.

Note: As of 2014, plasma TVs are no longer in production.

Today’s display technologies produce excellent image quality. LED and LCD are the most popular, followed by plasma. OLED is a new display technology that is just starting to hit the market. I’ll talk more about this later.

I’d like to clear up some marketing misconceptions regarding LCD and LED displays. These two display types are actually the same. Let me explain, LED TVs are really an LCD TV. They both use the same type of panel. The key difference is how the displays produce an image. This technique is called “backlighting”.

LCDs use what is called CCFL (cold cathode fluorescent lamp) to produce an image. LED TVs use LEDs (light-emitting diode) to produce an image. There are two main types of LED backlighting techniques: edge-lit which places the LEDs along the edges of the display panel, and full-array with local dimming which places the LEDs in clusters across the display panel. Local dimming allows the display to control the black-levels to produce better dark images. Full-array backlighting produces a better image in terms of better contrast, deeper blacks, picture detail and color compared to edge-lit backlighting.

There is another type of backlighting now being used which is similar to full-array backlighting that is known as Direct-lit. This technique uses rolls or clusters of LEDs across the panel as full-array offers; however, fewer LEDs are used to light the display panel and they don’t have local dimming capability.

Since around 2005 LEDs have been replacing CCFL for backlighting. The reasons are due to increased efficiency and better image quality.

As I previously mentioned above, LED and LCD are the same technology. The backlighting techniques are what make them different. LED displays generally have a better image than LCD displays due to the use of light-emitting diodes (LEDs). The most notable difference is the better black levels in the image. They also produce better contrast(the difference between the brightest whites and the deepest blacks of the image) and have a brighter image. LED TVs also produce a sharp, detailed and bright visual image. And are a good choice for use in a very bright room. The cost of manufacturing LED TVs has decreased greatly and has virtually replaced LCD models on store shelves.  To date, most of the major manufacturers have stopped producing LCD TVs.

Walk into your local electronics or department store and head over to the TV section and you will find walls of flat panel displays. Most of those displays, if you hadn’t noticed are LED-LCD models. LCD displays started dominating the market back in 2006 and have never looked back.

Ever notice how much brighter an LED-LCD image is compared to plasma while walking among all those TVs on display. That is one of the major reasons why LED-LCD TV’s are outselling plasma’s. Manufacturers have used this advantage along with the razor-sharp images that these sets produce to convince consumers that LED-LCD TV’s have the best image quality.

In reality…or should I say technically, LED-LED TV’s don’t have a better image than plasma. I know, many of you are probably saying is this guy blind!

Well, here’s the deal. Most consumers have become accustomed to the bright and super sharp images these displays produce. And when you compare them to the plasma display sitting next to it on those brightly lit show-room floors, the plasma looks very soft and dim by comparison.

Now, lets even the playing find. Take those same two display types (of equal quality of course) and place them into a better viewing environment. Followed by making basic picture calibration adjustments, you will really begin to see what plasma has to offer.

The picture may initially take some getting used to, due to the fact that your eyes have become accustomed to viewing a bright LED-LCD display. Eventually, you will come to appreciate the rich warm colors and deep blacks that plasma’s produce, along with better off-axis viewing angles. Plasmas are also known for there very smooth and natural motion with fast on-screen action, like sports and video games.

LED-LCD, on the other hand, can suffer from motion blur while displaying fast motion. However, with a native refresh rate (how often a TV shows a new image) of 120Hz or an effective refresh rate of 240Hz, the motion blur problem of these displays has improved tremendously. 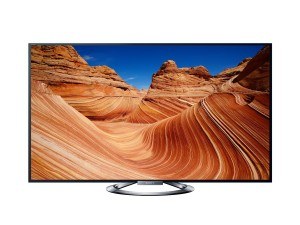 I don’t want this to come across as a bash LED-LCD article; on the contrary, these display types have their merits. If you do your TV viewing in a brightly lit room, LED-LCD is the way to go due to their bright image. They are also slimmer and more energy-efficient than plasmas. Screen image retention and burn-in are never a problem with this display type (as it can be with plasma) which makes it ideal for playing video games.

This display type does produce very good image quality. And many consumers do prefer the razor-sharp and sometimes digital “look” of the image these displays can produce.

To be completely honest here, I very much enjoy the image quality of a good LED-LCD TV and would definitely put one on my shortlist of TV types to purchase. I just enjoy plasma more.

In the end, it is all about which display type you prefer and what looks best in your own eyes; with that said, there is no right or wrong choice. And what I have stated here regarding LED-LCD vs plasma are my own preferences and opinions. My goal with this comparison is to inform you of the advantages and disadvantages of these display technologies and to help you choose which is right for you.

Update: Since writing this article back in early 2014, LED-LCD technology has made huge strides in picture quality improvements and is now capable of producing some of the best picture images I have seen to date, which can now easily outperform many plasma TVs of the past.

OLED (pronounced “oh-led”) is an acronym that stands for or Organic Light Emitting Diode. It is the latest break-through in TV display technology. It’s been on the horizon for many years and has finally arrived.  OLED is said to be the best of both LED and plasma technologies, with an image quality better than any other previous TV display technology prior to its arrival. And from all early review sources, OLED does live up to all the hype and produces the best picture quality ever seen.

How Does OLED Work?

Conventional light-emitting diodes used in today’s LED-LCD TVs use a white backlight that shines through a layer of LCD pixels and red green and blue filters. OLED screens use a  completely different display structure, with a series of organic carbon-based thin films that make up the pixel layers. These pixel layers are sandwiched between transparent thin-film transistor layers, that contain the electronic circuitry that supplies the electrical currents that cause the pixels to light up. OLED’s are self-illuminating and do not require any backlighting.

There are two types of OLED display panels: WRGB and RGB.  In WRGB panels white OLED’s are used with red, green and blue sub-pixels to produce the image. RGB panel’s use three independently colored OLED’s to produce the image. With RGB the colors may not be as vibrant, but they are much brighter and able to produce better color accuracy.

OLEDs – How Do They Look?

OLED displays produce some of the finest picture quality available to date. And because of how this technology works, OLED TVs produce deeper blacks and higher contrast levels better than any plasma or LED-LCD type display. Their color reproduction is richer and more vibrant. OLED’s have wide viewing angles like plasma and have the brightness and energy efficiency of an LED-LCD, although LED-LCD TVs are typically brighter than OLED TVs. OLED displays are also thinner and lighter than any previous TV type. Currently, LG and Sony are the only major manufacturers producing OLED TVs in the US market.

OLED truly is a new revolution in TV display technology and promises to deliver the best TV image ever seen.

All of the television technologies mentioned in this article can produce from good to excellent image quality. I have my personal preference…. and I’m sure many of you do too.  So regardless of which technology you prefer, what it all comes down to is what looks best to your eyes, and with that, there is no right or wrong choice.

See this article on How to Buy an HDTV…