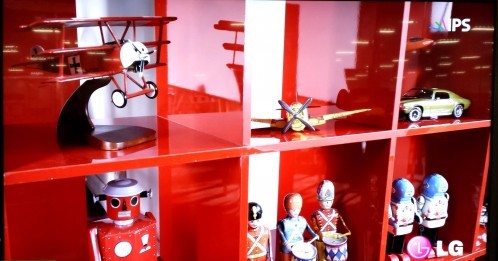 Have you heard the latest buzz words in the HDTV world? If you have recently visited your local consumer electronics store you have probably seen the new display setups promoting 4K HDTV. Also known as Ultra High Definition(UHD). This is the next generation TV screen resolution.

So what does it all mean? 4K refers to the lines of resolution that the display panel reproduces. 4096 vertical lines x 2160 horizontal lines, which is four times the resolution of the current 1920 x 1080 (1080p) full HD standard.

At this time I want to clear up some marketing confusion regarding the 4K standard. 4K is actually a professional production and cinema standard (movie theater). While Ultra High Definition (UHD) is a consumer display and broadcast standard. The UHD standard produces 3840 vertical lines x 2160 horizontal lines of resolution. So as you can see UHD falls a bit short of the full 4K standard.

What this means for consumers venturing out to purchase this latest display standard is you will be technically getting a UHD TV instead of a 4K TV. So why is it being called 4K you ask? It goes back to marketing. Marketers believe consumers can relate better to the term 4K and will continue to use it in conjunction with UHD. Many in this industry think it should be called 2160p UHD which would be following the 1080p full HD moniker standard. However, since UHD displays have been on the market since late 2012, it’s a bit too late in the game for a name change.

Should you purchase a 4K UHD TV? 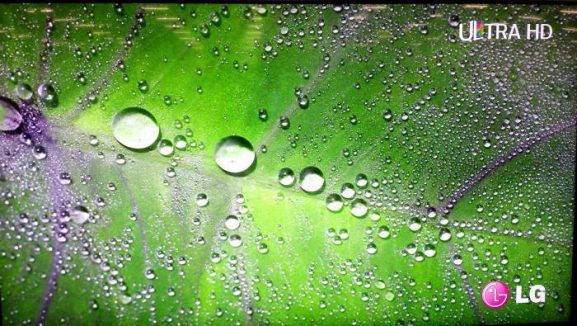 The short answer. It depends. If you want the latest display technology, I would say go for it. You will not be disappointed with the image quality. Speaking of image quality… I recently did a comparison of 4K UHD to 1080p full HD. What I found was a notable difference between the two technologies – but it was all dependent on the quality of the content being shown. I viewed three different 4K Ultra HD TVs from LG, Sony and Samsung. I found the LG 55″ LED – model:55LA9650 (pictured at right) had the best 4K image of the bunch at a viewing distance of approximately 6 feet. Followed by the Sony 55″ LED – model: XBR55X900A, and the Samsung 65″ LED – model: UN65F9000AFXZA. As I mentioned early, the image quality I viewed on these TVs was all dependent on the quality of the video source. So I’m sure the Sony and the Samsung would have performed just as well as the LG using the same video source.

When I compared the LG 4K UHD to similar 1080p models from LG, Sony and Samsung, what I experienced was a much better image quality to my surprise. The LG 4K had a more life-like image with better clarity and detail when compared to the 1080p models. It also delivered a greater image depth that allowed me to see more fine detail deep into the image, which the 1080p models just couldn’t match. In addition, the colors appeared more vibrant.

When comparing the Sony 4K UHD TV to similar 1080p models, I felt the image was better, but more like a higher quality 1080p image.

Now, Samsung’s 4K UHD image showed no advantages over any of the other 1080p models I compared it to.

From my personal experience, the gains in picture quality over 1080p can be worth the purchase of a 4K UHD TV. However, your image quality will vary based on the limited amount of 4K viewing content available at this time, which means most people buying one of these TVs now will only be able to view 1080p content upconverted to a 4K image.

Another very important factor that will determine picture quality differences between 1080p and 4K is your viewing distance range. The TVs I viewed for this comparison were all viewed at close range (approximately 6 feet), and at these distances and in conjunction with there screen sizes, you can notice a difference. However, the further you move away from the screen the less difference you will see if any at all. You would need much larger screen sizes to see any real benefits of 4K at greater viewing distances.

Update: As of this update (2017), 4K Ultra HD TVs have become the norm in the television industry with most manufacturers focusing their product lines on 4K models as 1080p displays continue to fade away. High price tags are no longer a deterrent in keeping consumers from purchasing a 4K TV as pricing has reached very affordable levels for most consumers, with pricing being comparable to similar 1080p models where screen size and class are concerned.

One other reason to consider whether or not to purchase a 4K TV now is the HDMI 2.0 compliant factor. The current HDMI standard is 1.4 which most of us are using today. The problem is not with your current high-speed HDMI cable, it lies with the current HDMI connections on all TV’s being manufactured today. They all still use the HDMI 1.4 standard and this will continue until the new HDMI 2.0 standard is released. Why do you need HDMI 2.0? It allows increased bandwidth for higher resolutions and frame rates such as 60fps. Right now it’s not a big deal, but when content begins to be produced requiring the HDMI 2.0 standard, you will not be able to view it on an HDMI 1.4 display.

At this time many of the major manufacturers are providing solutions for this problem. Sony and Toshiba will be providing firmware upgrades to the 2.0 standard. Samsung’s high in models ship with an external input box that will allow hardware and software upgrades. Now that the HDMI 2.0 spec is finalized, manufacturers can start building chipsets for their TV’s, and this is what Sharp is in the process of doing and will have them ready in the spring of 2014, and will start implementing them ASAP.

Update: All 4K TVs should have HDMI 2.0 compliant inputs. This type of input is required to pass 4K video content.

In addition, HDMI 2.0a inputs are required on all 4K TVs to pass HDR video sources from Blu-ray disc that contain HDR content. HDMI 2.0a is the current HDMI standard.

However, 4K HDR video from streaming sources such as Netflix and Amazon Video does not require an HDMI 2.0a input because they skip the HDMI connection entirely and connect to your TV using the internet which, allows direct communication between the internet and the TV’s decoder.

The average price of these displays has dropped since hitting the market. So they are becoming more affordable. A name brand 55″ display can be had for just under $3,500 or even less on sale. So pricing will not be a major factor for many looking to purchase this latest technology. 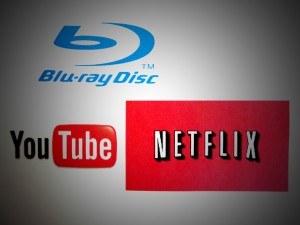 Not very much. YouTube does have a 4K channel that supports  4K video. Sony offers a pre-loaded video hub you can purchase for around $700.00 that will connect only to their 4K UHD displays to view 4K content. In 2014, Sony will also offer a 4K digital movie service exclusively for their TVs. You can purchase a 4K upconverting Blu-ray player that will convert your Blu-ray image to 4k, however, this will not be a true 4K image. The actual Blu-ray disc with 4K content is planned to be released later this year (2014). Netflix plans to start 4K streaming later this year.

Update: As of 2017, there is plenty of 4K content available for your viewing pleasure.

Now you should have an understanding of what 4K UHD is all about, and whether or not to jump into this new technology at this time. I personally think the time has come to make your next TV purchase a 4K model since most of the popular brands and screen sizes are going to be 4K displays and will contain the best features when compared to 1080p models.

Furthermore, you can get better overall picture quality with a 4K TV when compared to many 1080p models; plus, there is now plenty of 4K content to enjoy.

And of course, let’s not forget about the very affordable price points of your average 4K TV which makes ownership of one of these Ultra HD displays even more desirable.

What are your thoughts on 4K UHD TVs?

Would you purchase one now?

I would appreciate your comments…..