86% of US Homes Own at Least One HDTV 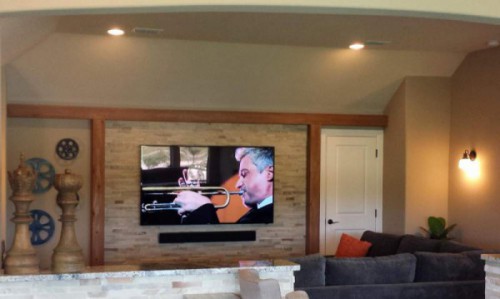 ShoppingNexus.com recently conducted a study regarding how many households in the US own HDTVs. The results proved to be eye interesting, with a whopping 86% of all homes owning at least one HDTV; also, 64% of the people surveyed claim to own two or more HDTVs.

When respondents were asked which type of TV technology they preferred, their favorable choice was LED displays at 60%, followed by LCD (26%) and plasma at 14%.

Another important question asked in this survey was in regards to what drove purchasing decisions: Price was the number one factor at 30%, with the brand name and TV size at 28% and 16% respectively. In addition, HDTV reviews (12%) also played a factor in consumer purchasing decisions.

Survey participants were asked their opinion about curved screen HDTVs: 51% thought they were cool but wouldn’t buy one. 26% said they liked them and would consider buying one at the right price, while 19% believe they are a fad. So the end result is that over 70% of participants would not consider buying a curved HDTV. Wow!

When asked which process is used to find the best price for an HDTV – 34% of respondents cited online retailers such as Amazon, followed by 28% seeking info at local electronic stores to aid in finding the best HDTV prices.