Update Note: This review has been updated for the new Bose Solo 15 Series II TV Sound System, which replaces the Bose Solo 15. Performance wise the audio quality of both models will be the same.

Soundbars have become a popular choice for many consumers wanting to add better sound quality to their flat-panel televisions. And as many of you already know, most flat panel TV speaker’s produce from poor to mediocre sound quality; so adding a soundbar system will substantially increase the audio performance of your TV viewing experience.

Soundbar pedestal TV speaker systems go with an entirely different form factor. This type of system consists of a flat – low profile box-shaped system which allows you to place your TV on top of the enclosure.

Pedestal sound systems are not as widely available as the “bar” type system mentioned above and are available from a limited number of manufacturers. The Bose Corporation is one such manufacturer with its Bose Solo 15 II TV sound system. 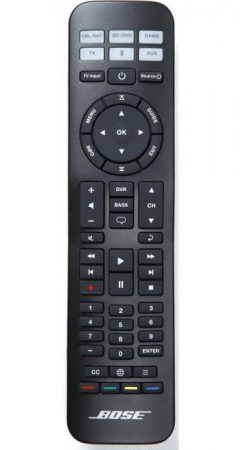 The Solo 15 II features a compact design measuring: 24-11/16″ W x 2-15/15″ H x 14-1/4″ D, and weights 12lbs. The enclosure is a solidly built bass reflex design with two rear-firing ports to enhance bass output. The enclosure contains a five-speaker array: three across the front panel and one on each side panel.

The Solo 15 II uses Bose’s proprietary TruSpace technology that produces full and spacious sound reproduction. The system contains a dialog mode that automatically adjusts the system for optimal dialog reproduction from sources such as news and talk shows. The system’s rear panel contains a bass knob to adjust bass level output to your liking.

The Solo 15 II fits under most 46″ to 50″ TVs with a weight up to 70 pounds. For larger and heavier TVs, the system can be placed on a shelf or media cabinet just below the TV.

The supplied IR universal remote control can be programmed to control your TV, DVD, Blu-ray disc player, cable/satellite box, gaming console and your DVR. You can also program most other manufacturers universal remotes to operate the Solo 15 II sound system.

The system will automatically power off after one hour if no signal is present.

There are no HDMI inputs.

Much to my surprise, the Solo 15 II produced pretty decent sound quality. What immediately caught my attention was how open and spacious the sound was coming from such a compact system. And depending on the content I was listening to, the sound could be quite dynamic.

Movie soundtracks played through this speaker were very good for a soundbar-based system. The sound quality was articulate and detailed with a good simulated surround sound presence that spread far beyond the boundaries of the speaker. The sound was also very crisp and clean with no harshness. Subtle sound effects were also rendered with good detail and clarity.

Dialog/vocal content was audibly precise with plenty of clarity and presence while providing intelligible sound even when mixed with sound effects.

Music played through the Solo 15 II sounded fine and had a fair amount of detail along with good clarity. Vocals and instrumentation sounded clean and refined with a decent sound stage presence. At moderate listening levels, the audio never sounded harsh or bright, and actually had a more “laid-back” sound. However, when I turned the volume to high listening levels, the sound output began to distort making the music sound a bit harsh in addition to losing some clarity.

I must be subjective here by stating that many compact audio systems will distort at high volume levels, so I won’t emphasize too much criticism on the Solo 15 II in this area of performance.

Bass output for movie and music content was surprisingly sufficient for a pedestal soundbar that didn’t contain a separate subwoofer and had just enough impact to blend well with the midrange and high-frequency output of the sound system.

Performance wise the Bose Solo 15 II does what it was designed to do, and does so quite well. On the other hand, if you’re looking for a sound system that delivers high-performance audio quality; then, in my opinion, this system comes up short, and you best look elsewhere.

However, in favor of the Solo 15 II, you will be rewarded with a crisp, clear and detailed sound that is full-bodied and spacious when you use this system to replace the mediocre sound quality of most flat panel TV speakers.

You may also like the Bose CineMate 15 Home Theater System 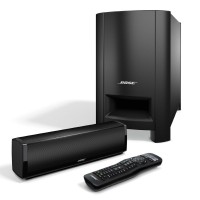