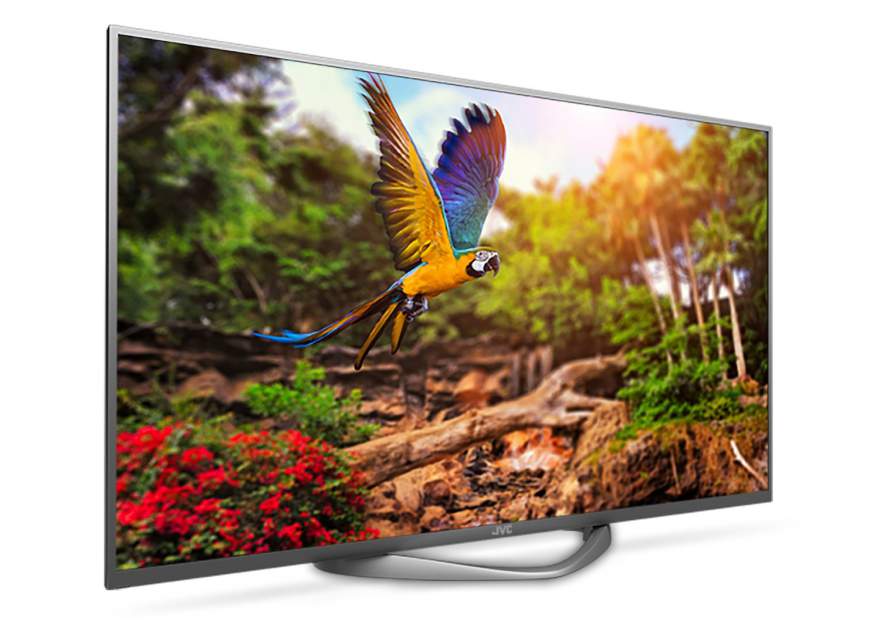 JVC  is a major Japanese international consumer and professional electronics corporation. One of the company’s most notable achievements was the development of the VHS format, and introduced the first VHS recorders (VCR’s) to the consumer market in 1976, with a whopping price tag of $1060. By the way, if you are wondering what the letters JVC stands for? The answer is… Victor Company of Japan. It makes me wonder though, why isn’t it called “VCJ” instead.  I guess JVC has a better ring to it.

Ok, now that our history lesson is over, lets fast forward to today.

JVC no longer manufactures its own TV’s and ceased production a  few years ago. Now, the Taiwan based company known as AmTRAN has licensed the JVC brand to put on its flat-screen HDTVs sold in North America.

The Diamond Series only has two models – the 85″ DM85UXR and the 65″ DM65USR, which is the topic of this product profile.

The DM65USR surrounds its 65″ screen with a half-inch wide matte-silver bezel that is slightly thicker along the bottom edge. The stand that supports this set is a bit on the flimsy side, especially for a display with such a large screen, and may not provide enough stability. So you may want to consider TV straps or a stabilizing bar to secure the display to your TV cabinet or stand. The set can also be wall-mounted.

The DM65USR features a full-array, LED back-lit display with local dimming, which will give this display increased contrast, better black level and shadow detail reproduction. The LED array consists of 32 zones. 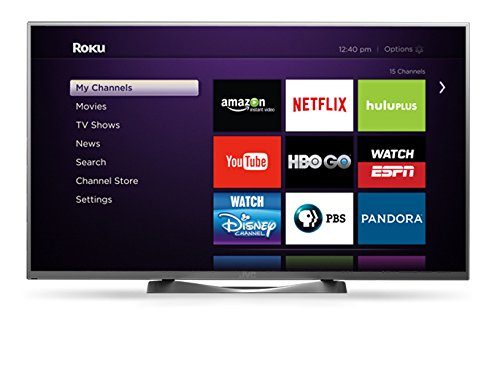 This set does not contain a true smart TV platform. So there are no built-in apps such as Netflix or Amazon Instant. Instead, it uses the included Roku media stick to stream up to 1080p (no 4K) content to the TV. The Roku stick will give you access to your favorite apps and channels including the two mentioned above, along with many others such as YouTube, Hulu Plus, Pandora, ESPN, HBOGO, Disney and PBS just to name a few.

The supplied remote control is a two-sided device. The front side has the general array of buttons needed to operate the set, while the backside has a QWERTY keypad. The remote is not backlit. 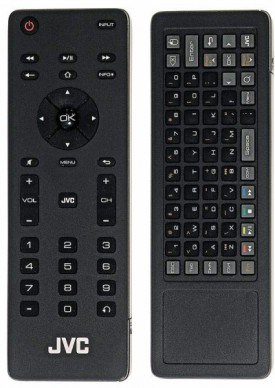 The DM65USR is HDMI 2.0 and HDCP 2.2 compliant which means it will accept  4K copy-protected video signals. However, this set does not contain a built-in HEVC decoder  (H.265). This means this TV will not process a 4K streaming video from Netflix or Amazon Instant.

A suggested workaround for this issue is to connect a 4K media player to this TV, such as Sony’s FMP-X10 which does provide processing for Netflix and Amazon Instant 4K streaming services. However, this is an expensive option ($698.00). In my opinion, if you really want 4K video streaming capability, you’d be better off purchasing a 4K TV with a built-in HEVC decoder for about the same price as the DM65USR.

I did a fair amount of research regarding this TV, including reading several customer reviews. The following info is a performance/features assessment of that research, along with specs for the JVC DM65USR: 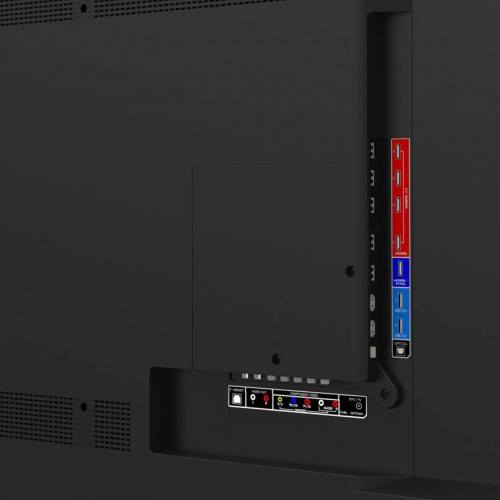 The JVC DM65USR is a large screen 4K UHD TV with a cheaper price of admission when compared to most other 4K displays of this size currently on the market. In general, it delivers very good picture quality. It does, however, lack some key features that may cause more discriminating consumers to look elsewhere.