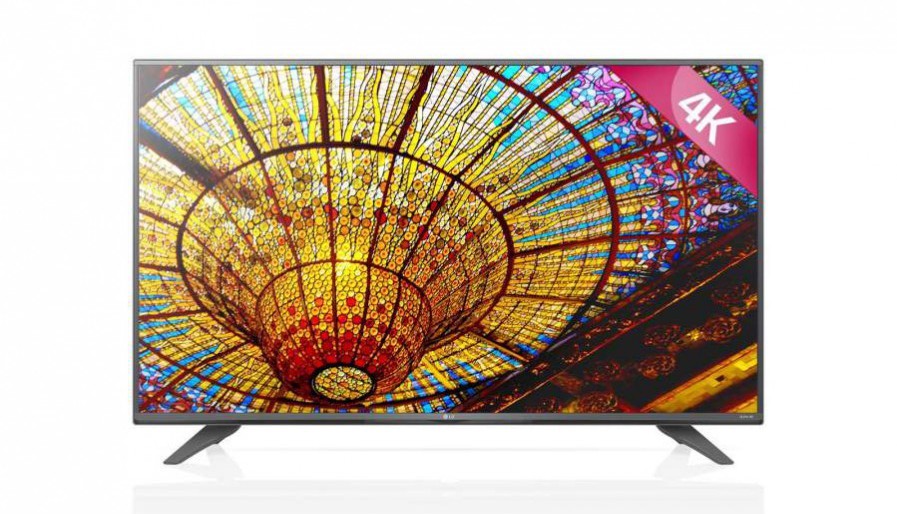 The 70UF7700’s appearance is nothing out of the ordinary for an LED design and features a very slim bezel and a nicely crafted pair of “arch” shaped feet that give the TV very good stability, and add to displays overall attractive design. The screen appears to be made of plexiglass (transparent plastic) and contains a semi-matte finish which gives it a slightly dull appearance.

One very noteworthy omission from the 70UF7700 is the display panel not being an IPS design (In-Plane Switching). This design’s key benefits are enhanced color reproduction and better side angle viewing performance which provides less picture image dimming than non IPS panels. I must point out; however, picture dimming on this set when viewed at wide angles was no worse than the average typical side angle viewing performance of other quality non-IPS designs.

Another feature omitted from the 70″ display but included on the 60 and 65-inch models is LG’s Ultra Luminance, which is supposed to provide higher peak brightness levels. However, even without this feature, the image on the 70UF7700 had plenty of brightness during my viewing evaluation. So in my opinion and experience, the omission of this feature did not noticeably detract from the picture quality of this set.

A Better Smart TV – LG has upgraded its proprietary smart TV platform to webOS 2.0. This new upgrade is faster (quad-core processor) and even more user-friendly than its predecessor, letting users effortlessly switch between content, programs and a number of apps including Netflix, Amazon Instant and many more. Booting time has been reduced by up to 60 percent, and connectivity to external devices is even more effortless than before. I personally spent a lot of time interacting with this new interface and found it simple and easy to use. 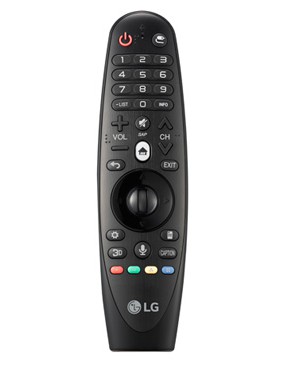 Other notable features on this TV include Tru-4K Engine and Tru-4K Upscaler technologies for optimal video processing and upconversion of all non-native 4k sources. This becomes a real plus when viewing your 1080p Blu-ray disc collection on this TV because this content will be upconverted to near 4K quality.

Motion blur control is handled by LG’s TruMotion 240Hz which can be a useful feature while viewing fast action content, especially sporting events. However, leaving this setting on can make movie/film content shot at 24 or 30fps look unnatural, thus rendering the dreaded soap opera effect. To alleviate this problem, the TV’s motion blur control can be turned off.

This TV has no 3D capability.

My first impressions of the 70UF7700’s picture performance were very positive… the picture image was as bright, colorful, detailed and dynamic as ever when compared to last year’s equivalent model(s).

Colors and image texture on this set truly excelled portraying richly saturated and realistically refined images that appeared very natural and life-like. The images were clear and transparent allowing for generous amounts of detail to show through. Picture image depth was also very good on this display and was what I have come to expect from a display in this price and performance class.

So was the image quality of the 70UF7700 in the areas mentioned above better than last year’s equivalent models? I can’t answer that question with any degree of certainty without doing a direct comparison which I wasn’t able to do. But I will say this, going off of memory alone, the picture quality of this model vs. last year’s look extremely similar, which sums up to be excellent picture quality.

One area of performance with the 70UF7700 that appeared to be better to my eyes without doing a direct comparison was black level performance. Black levels seemed to be deeper and darker, and with lesser amounts of grayish overtones that can be an issue with IPS panels. And since this TV does not have an IPS panel, this leads me to believe that this could have been a contributing factor to its perceived increased black level performance.

I should also mention that black level performance was still not as deep on any given Sony or Samsung model, as well as for Vizio’s full-array, LED back-lit models with local dimming. Also, the TV’s contrast ratio could have been better.

In addition, shadow detail on this display could have also been better. Image detail in several dark scenes I viewed was obscured, making objects difficult to see.

Side angle viewing on this display did have some picture dimming and some contrast loss when viewed from wide angles, however, this effect was on the minimal side.

The sound quality of the two down-firing speakers was a little better than average when compared to the typical sound output of most flat-panel TVs. The sound was a bit more full-bodied and not as lean as what I usually hear from this type of panel design. However, the bass output was still lacking. 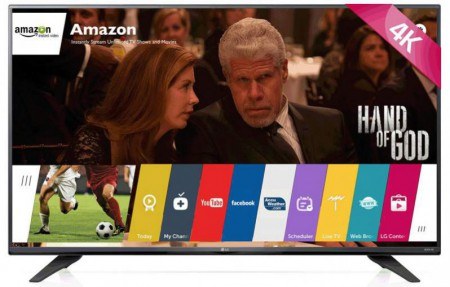 To sum up the picture quality of the 70UF7700: it performed well in color reproduction, detail and clarity, on the other hand, I found it somewhat lacking in deep black level, shadow detail and contrast performance.

However, with a few exceptions, this display continues with LG’s established 4K UHD standard of providing from very good to some of the best 4K images in the industry. Combine that with a good set of features including the upgraded webOS 2.0 smart TV platform which was already regarded by many to be the best smart TV platform available, and finally, throw in a reasonable pricing tier, and you have yourself a 4K UHD TV series that should be popular with consumers.

Sure, it may not have all of the picture enhancement features contained in LG’s premium 4K displays, such as Color Prime technology, but that doesn’t prevent this display from delivering a satisfying 4K image that I believe will please all but the most demanding video enthusiast. HDTVs and More gives LG’s 70UF7700 a solid recommendation.

Have any questions or comments regarding this review? Please respond below.