MicroLEDs – Is this the next big thing in TV technology? 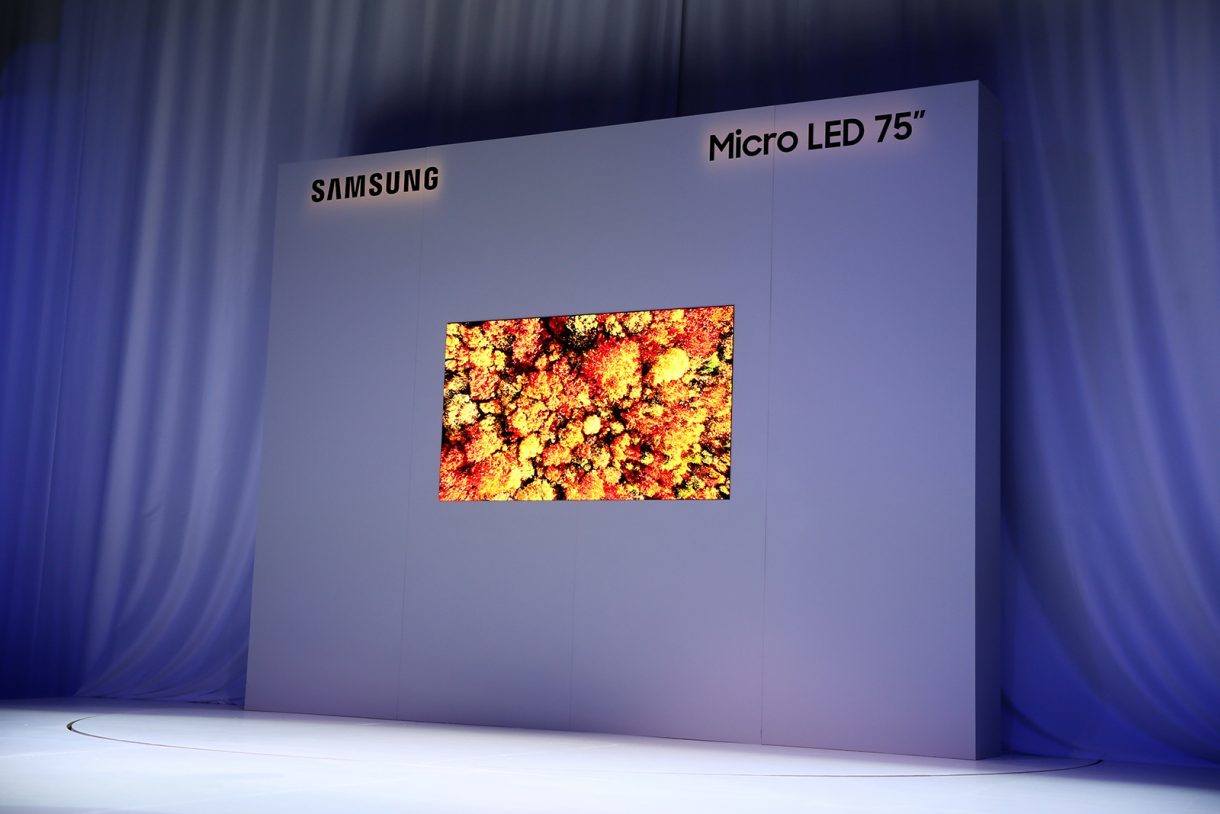 MicroLEDs – An inside look at this upcoming display technology…

…but first, a look back at television tech history

Over the years, TV technology has evolved and now delivers some of the finest picture images we’ve seen to date. The key turning point in this evolution was the advent of high definition TV which is widely referred to as HDTV.

HDTVs hit the US market in 1998, yet weren’t readily available for consumer use until the 2000s when it became more popular in homes. HDTV was a major breakthrough for the television industry and brought a major jump in picture quality over the previous standards of non-high def 480p and 480i resolutions.

With the advent of high-def TV, the industry began to introduce new display types that signaled the beginning of the end of CRT based displays that started the US TV revolution back in the late ’30s and remained the dominant TV technology until the mid-2000s.

Plasma TVs were the first mass-produced flat-panel TVs that started the flat panel trend in the US. Plasma TVs produced picture images that rivaled and eventually outperformed consumer-based CRT TVs and took HDTV tech to a higher level. Plasma TVs were once all the rave and a big hit with consumers and during their prime became somewhat of a TV status symbol and a must-have addition to your viewing environment, that’s if you could afford their hefty price tags.

As great as plasma’s picture quality was and still is, there arose a new contender that would eventually dethrone plasma as the king of TV technology. Thus, the LCD TV revolution was born. LCD TVs hit the market in the early 2000s and began dominating the television landscape back in 2006 and have never looked back.

LCD TVs started out using CCFL (cold cathode fluorescent lamps) for panel backlighting. However, back in 2005, LEDs began replacing CCFLs for backlighting. LED-LCD displays have better image quality than LCD displays that use CCFLs due to the use of light-emitting diodes (LEDs). The most notable difference is better black levels. They also produce better contrast (the difference between the brightest whites and the deepest blacks of the image) and produce a brighter picture image.

LED-LCDs are currently the most popular and best-selling type of HDTVs.

OLED (Organic Light-Emitting Diodes) TVs – LG introduced OLED technology in large screen sizes in 2013, and since then OLED TVs have been hailed as having the best picture quality currently available.

Note: The first OLED TV was actually introduced by Sony back in 2007 as the XEL-1. This TV was very expensive at $2,500 and only had a very small 11” screen size, and didn’t generate much fan-fair at that time.

This ability allows OLED TVs to produce infinite contrast and absolute black levels and very intense color reproduction for truly amazing picture quality that can’t be matched by any LED/LCD displays, although I can speak of one LED TV that will rival OLED picture quality and that’s Samsung’s QLED Q90R 4K TV.

Now, there is possibly a new king of picture quality on the technology horizon that could dethrone OLED as the top TV tech, and it’s called MicroLED.

MicroLED displays are made of millions of microscopic LEDs, which are self-illuminating just like an OLED (Organic Light Emitting Diode) panel, only MicroLED uses inorganic material. This brings the benefit of ultra-low black levels, just like OLED, but also offers higher peak brightness (which is great for HDR content), better color and lower power consumption.

MicroLED TVs can also be viewed at wide angles without any picture quality loss and will not suffer from screen image retention or burn-in. Furthermore, MicroLEDs are claimed to have a longer life span than OLED TVs.

MicroLEDs are not to be confused with so-called mini-LEDs, which are basically scaled-down versions of today’s LEDs.

As the name suggests, microLEDs are much tinier versions of what’s in current LED-LCD TVs. However, they are very expensive and hard to manufacture. For example, to develop just one HDTV, the system requires 6 million individual microLEDs. So in a fab, 6 million microLEDs must be manufactured and then transferred onto a backplane in the TV without an error.

“MicroLEDs are truly the ultimate display. It’s just very hard and expensive to make,” said Max McDaniel, vice president and chief marketing officer for the Display And Flexible Technology Group at Applied Materials. “You have LED displays like you see on the side of the highways. For those, every pixel is one LED. They are on the millimeter scale. Those are called LED displays. MicroLED is where you shrink them down to the scale of tens of microns. You place one in each pixel. It’s so much smaller and harder to do. It’s harder to physically put them where you want them to be. It’s also harder to make the LEDs themselves so that they perform well.”

When will MicroLED displays be available?

Samsung unveiled its first microLED TV at CES 2018, the modular 146-inch panel called “The Wall” 4K TV. This was followed by a commercial launch last July of “The Wall” designed for business and home installations. For more info on “The Wall” click here.

Samsung claims it will offer a 75” 4K microLED TV in 2020. No pricing info available at this time. Although I’m sure it will be very expensive!

LG also has MicroLED displays in the works but no word on availability.

Is MicroLED the future of TV Technology?

MicroLED tech brings a lot to the table in terms of performance and appears to be a very promising technology, and is poised to deliver overall better picture quality than OLED based displays. However, I believe its biggest challenge will be its production cost and bringing those costs down to price points where the average consumer can afford this upcoming technology.

That being said, when microLED TVs are eventually released they will have an uphill battle ahead in establishing a meaningful market share regardless of how great their picture quality maybe, in my opinion.

So is microLED the next big tech to replace OLED as the new picture quality king? I believe only time will answer this question.

What are your thoughts?

HDTVs and More is a participant in the Amazon Services LLC Associates Program, an affiliate advertising program designed to provide a means for sites to earn advertising fees by advertising and linking to Amazon.com