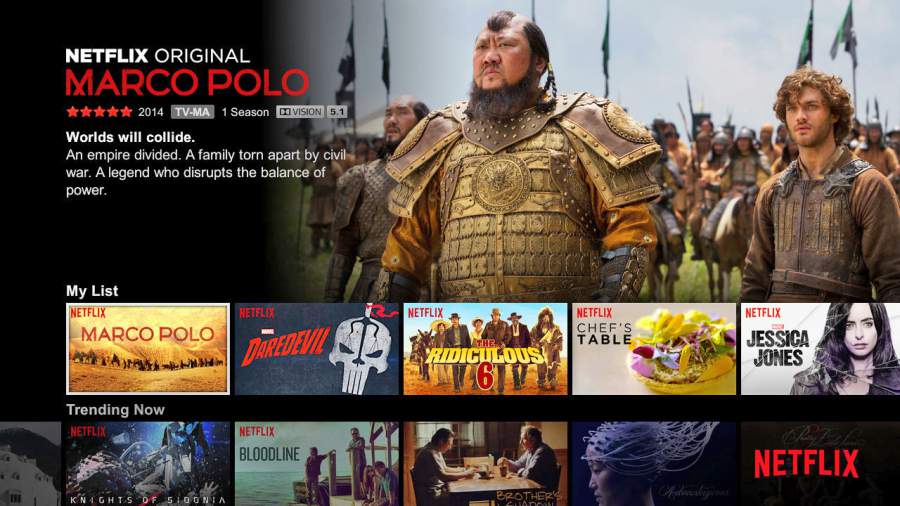 Just as 4K Ultra HD content is becoming much more accessible this year, we now have to make room for another variant of 4K video content called High Dynamic Range (HDR). This latest addition to the television industry improves on standard 4K video by increasing picture contrast for brighter image highlights and detail, especially in dark or nighttime scenes; it also offers a wider color range for a more natural and realistic picture image.

Netflix, one of the most popular video streaming services, will be adding 100 hours of HDR programming by the end of August, with more than 150 hours to be available by the end of the year.

Netflix currently offers one title in HDR which is the first season of their original series Marco Polo. Additional titles to be added include: Adam Sandler’s “The Ridiculous Six” and “The Do-Over”; “A Series of Unfortunate Events”; “Bloodline”; “Chef’s Table”; “Hibana”; “Knights of Sidonia”; and Marvel’s “Daredevil,” “Iron Fist,” “Jessica Jones,” “Luke Cage” and “The Defenders.”

Currently, there are two HDR formats – HDR10 and Dolby Vision. Netflix uses both versions to stream its HDR video content. This means you will need a 4K UHD TV that is capable of streaming the HDR10 and/or Dolby Vision formats. At his time, LG and Vizio are the only major manufacturers offering TVs with the required built-in hardware to stream movies and TV shows in the Dolby format. The HDR10 variant is more widely used by TV manufacturers and includes Samsung, Sony, Panasonic, Sharp and LG.

Furthermore, Netflix recommends a broadband internet connection of at least 25 Mbps to stream its HDR programming. You must also subscribe to their Ultra HD streaming plan which is $11.95 per month.

At this time there are no scheduled release dates for the titles listed above; however, once release dates are confirmed I will update this article.  So in the meantime, this will give us early adopters of the HDR format something to look forward to.