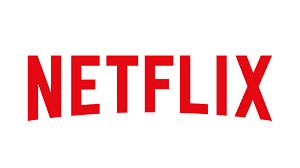 On April 8, 2016, Dish announced the launch of its Netflix 4K Ultra HD service making TV shows and movies available through its Hopper 3 DVR, which will decode and output native 4K at 60 frames per second with 10-bit color.

4K titles will be available from Sony Pictures, The Orchard, Mance Media and of course Netflix, which will include their original series’ House of Cards and Daredevil. In addition, Netflix plans to offer more than 600 hours of UHD content by the end of the year, according to Vivek Khemka, DISH executive vice president and CTO.

Sony Pictures titles available to rent on demand at launch will include “The Amazing Spiderman,” “Captain Phillips,” “American Hustle,” “Monuments Men” and “Smurfs 2,” and Sony Pictures will continue to roll out more titles from its catalog of 4K content.

To enjoy 4K UHD programming via the Hopper 3 DVR, a subscription to Netflix’s $11.99 per month plan is required to access available titles on Channel 370 in the Dish program guide or through the Hopper 3’s Netflix app. Once in the app, Ultra HD titles are identifiable by searching the terms “4K” or “UHD.”  You will also need a 4K TV and a high-speed internet connection which Netflix recommends to be at least 25 Mbps.

For more info check out dish.com.