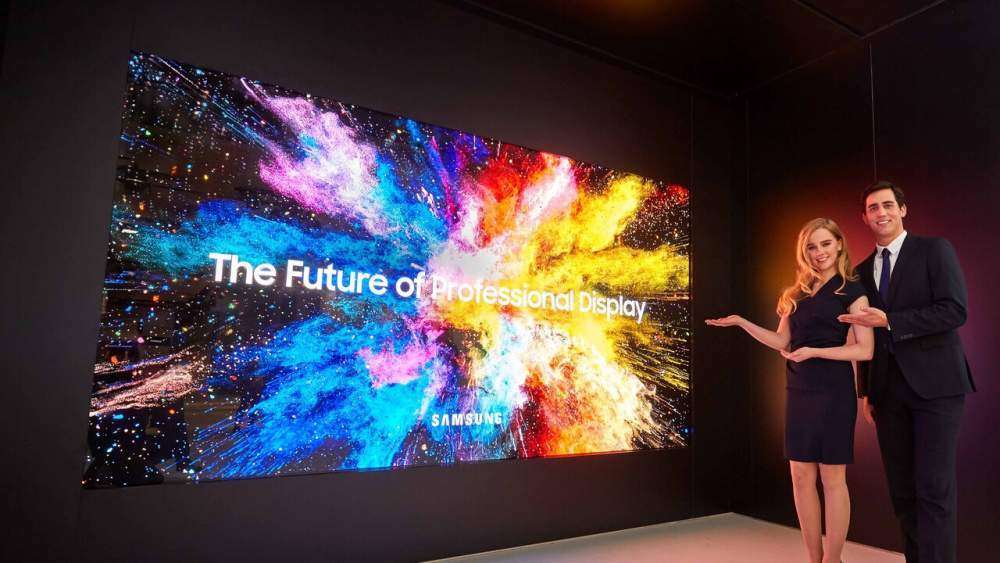 Samsung is headed back to the OLED TV market after leaving in 2014 due to costs and low yield rates. Samsung eventually took a different direction and developed quantum dot technology to compete with OLED tech. Samsung has found great success with its premium based quantum dot displays which are branded as QLED displays.

Samsung recently announced they will be headed back to the OLED market with their own new twist on this already awesome display technology which they are calling QD-OLED (Quantum Dot – Organic Light Emitting Diodes). Current OLED design, which was pioneered by LG Electronics, uses self-emitting diodes that make up the pixel structure and have the capability to turn on and off independently of one another, which gives OLEDs their incredible ability to produce infinite contrast and absolute black levels.

Samsung’s QD-OLED variation of OLED technology should take OLED picture quality to a higher level of performance. Here’s how…

The two technologies meet: Combing the Samsung picture attributes mentioned above with OLED’s great contrast and perfect black levels in addition to its stunning clarity, you then have the perfect scenario that brings together the best of both TV technologies infused into one panel with an end result that should deliver jaw-dropping picture quality to the likes we have never seen before.

To bring this new hybrid video display to market, Samsung plans to invest $11 billion to repurpose an LCD manufacturing line in Korea to produce “high-margin QD-OLEDs” in large screen sizes. The facility is expected to begin mass production of QD-OLED displays in 2021 with a focus on screen sizes bigger than 65 inches. So my assumption is we probably won’t see QD-OLED TVs until late 2021 or early 2022. 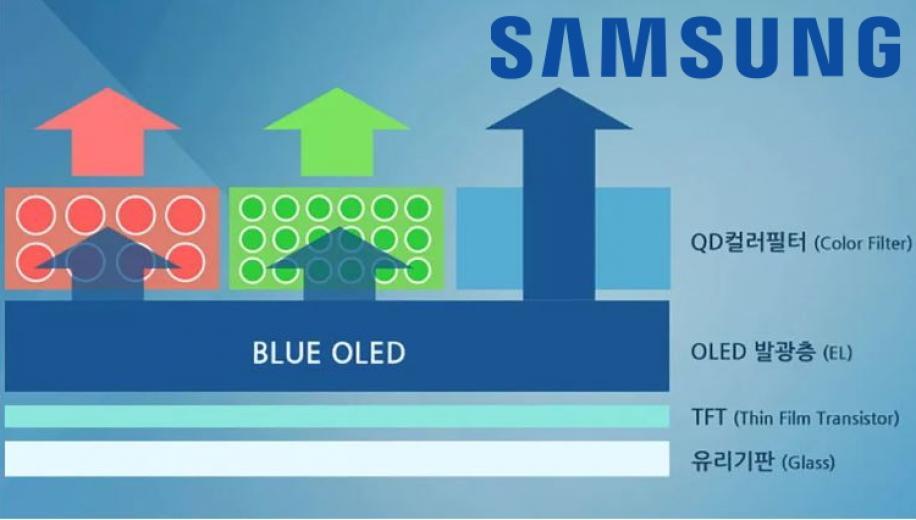 (Above) A simplified diagram of how a QD/OLED hybrid would work. A blue OLED material would create all the blue light, plus the light energy that red and green quantum dots would use to create red and green light. (credit Samsung)

I was very excited to hear the news that Samsung was returning to the OLED market.  Having another major manufacturer such as Samsung in the OLED arena will bring more notoriety and consumer interest to OLED TVs, and over time, this should also bring lower pricing to OLED based displays due to increased availability and competition as more OLED TVs fill brick-and-mortar retail space and online retailer’s web pages.