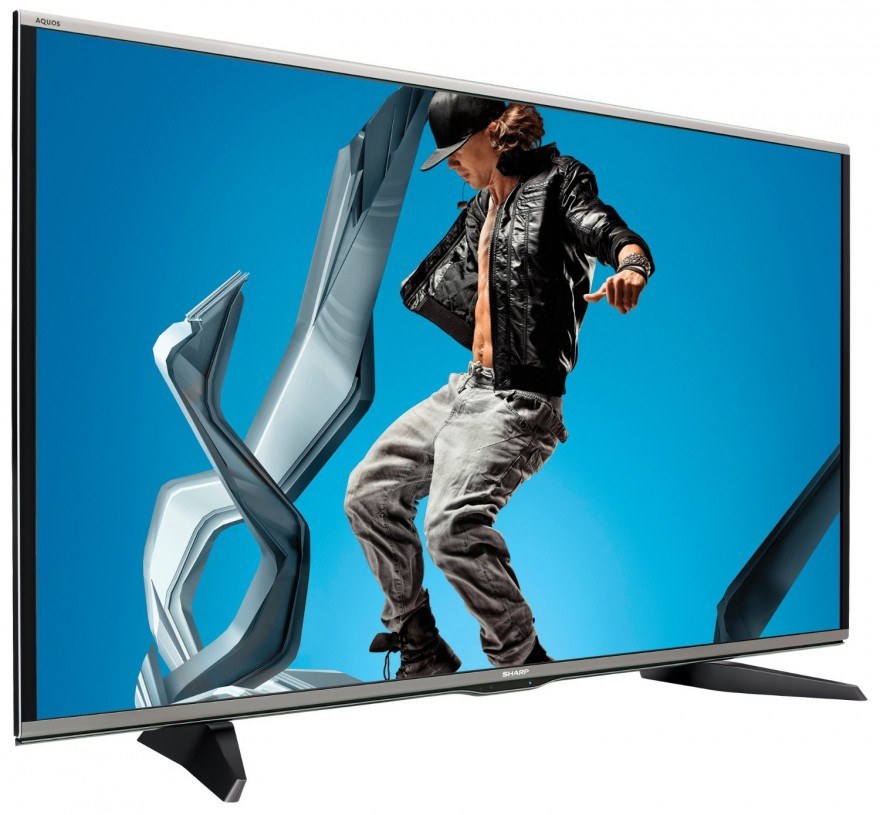 The Aquos Q+ Series is what I consider a stop-gap for anyone not ready or able to acquire a true 4K HDTV, and want to experience a taste of what this type of image is all about at a much cheaper price. But can Sharp’s Q+ technology deliver a pseudo 4K image? Read on to find out.

The LC-UQ17U is able to accept a 4K signal but is actually a 1080p display that upscales (upconverts) a 1080p signal to near 4K quality. This is achieved by adding subpixels and special proprietary video processing.

For more info on how this process works, see the article: “An Inside Look” regarding Sharp’s Q+ technology.

The UQ17U features an attractive design but nothing out of the ordinary that would make it stand out from the competition. The bezel is, of course, a slim design and what Sharp calls Diamond-cut aluminum. It also has the added touch of being two-toned in color;  the top and bottom sections of the bezel are silver and the sides are black.

The stand on this display features two angled feet protruding from the front of the set which is anchored to a long support beam that runs along the backside of the TV. This design gives the TV very good support, and will greatly reduce the chance of accidental TV tip-overs. The set can also be wall-mounted.

The set contains two rear-mounted down-firing speakers and one woofer. More on sound quality later in the performance section of this review. 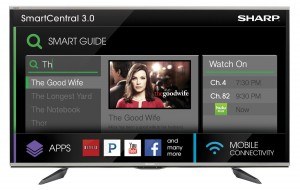 Sharp’s new SmartCentral 3.0 smart TV platform allows you to browse across satellite, cable and streaming services all in one place, which gives you access to all the best apps for movies like Netflix and Vudu to name a few. Stream your favorite music from two of the most popular music services – Pandora and Rhapsody. You can stay connected socially with this platform’s Facebook app.

The set is also MHL compatible which allows you to connect wirelessly and control the TV from your mobile devices.

You can also connect wirelessly to your home’s network for internet access with full web browsing capability. Another cool feature this TV has is Web + TV Split screen, which allows you to watch TV and surf the web simultaneously.

I wasn’t very thrilled about the supplied universal remote. For starters, it feels very cheaply made and is much too long in my opinion, which made it hard to access the buttons without having to reposition the remote in my hand.  In addition, the source buttons are the only keys that are backlit. With that said, I did, however, find the remote simple to use.

3D capability is also a feature of this TV and is supplied with two pairs of Bluetooth active 3D glasses. 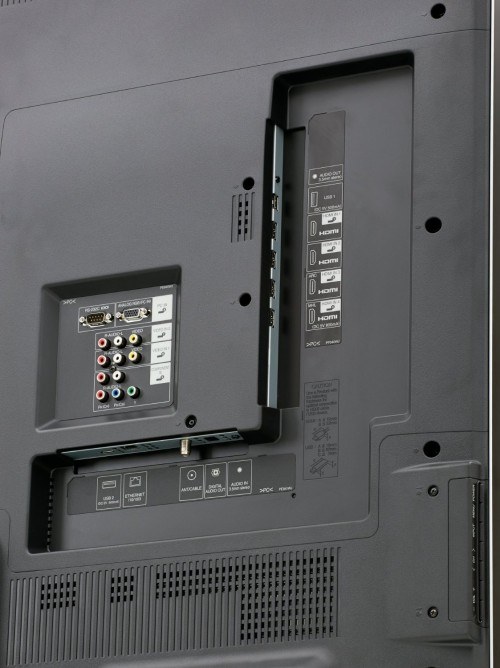 In this section, I will discuss the performance of the LC-70UQ17U as a standalone display and also in comparison with Samsung’s excellent performing UN75H7150 1080p LED HDTV.

For part of this evaluation, I watched several scenes from the movie Wolverine (2013) on Blu-ray disc. I also viewed some demo footage provided by Sharp.

On outdoor scenes of Wolverine, the 70UQ17U displayed a bright picture with good color rendition. However, on certain outdoor scenes, the colors appeared to be a bit unbalanced and inaccurate, producing a greenish tint.

Overall image detail was good delivering very nice facial detail in close-up shots.  Image depth, on the other hand, wasn’t always clear and sharp with some background images such as foliage, did appear fuzzy.

Black level reproduction was good for an LED display showing dark blacks with no grayish overtones which can be common on many LED/LCD TVs. Shadow detail, however, wasn’t always up to par, leaving objects in certain dark scenes somewhat obscured.

Viewing Sharp’s own demo footage allowed the display to produce a more dynamic, bold and vibrant color rendition. The sets image detail was also improved with this footage, showing lots of fine texture on objects within the image. Sharp’s Revelation Upscaler does appear to help images look sharper and more vivid.

Side angle viewing on this set was decent and had minimal dimming as I moved off-center and to either side of the screen.

Motion blur was not an issue on any of the footage I viewed on this display. So it would appear that Sharp’s AquoMotion 960 technology and its 240Hz refresh rate are doing their jobs.

I felt the sound produced by the set’s speakers was thin an lean and had somewhat of a hollow presence. The woofer didn’t add any low-end punch that I could hear on the material I listened to.

I was able to do a side-by-side comparison of these two premium class displays. I wanted to see if the 4K upscaling on the QU17U would outperform the standard 1080p image of the H7150.

All comparison was done using the Wolverine Blu-ray disc.

One of the first things I noticed was how much brighter the Samsung’s image was compared to the QU17U. It actually made the Sharp’s image look dim and a bit dull by comparison. Speaking of dull, the QU17U screen is a flat matte finish which also contributes to the dull look of the image when compared to the H7150’s glass transparent screen which in my opinion and experience gives the image more pop and better overall image quality.

Contrast reproduction on the QU17U was good, but the H7150 proved to be better. The brightest whites on the Samsung were much brighter and had more pop. This was readily apparent while viewing the end credits from Wolverine.

Black levels were a bit better on the Samsung with deeper and darker images being portrayed on the screen. Shadow detail was also better on the H7150. On certain dark scenes from Wolverine, object detail within the image could be plainly seen, whereas, with the Sharp display, these same objects were somewhat obscured.

Picture detail and clarity were much better on the H7150. Fine detail in the image such as the actors’ faces was a lot more refined. This display produced more clarity and more image depth.  For example, from particular scenes in the movie, detail in the background on trees was well refined and visible on the H7150, but on the QU17U, this same scene appeared a bit fuzzy by comparison.

Color rendition. Colors were not always as accurate on the Sharp. Nor were they as dynamic or vibrant when compared to the Samsung display.

So in conclusion based on performance results, Sharps Q+ technology doesn’t appear to add any real benefit over other top performing premium class 1080p displays.

As far as 4K is concerned, this sets upscaling doesn’t perform as well as a true  4K Ultra HDTV as was evidenced when I briefly compared it to Samsung’s HU7250 4K UHD TV. Which came as no surprise to me.

When viewed on its own, the LC-70QU17U can and does delivery good picture quality. It’s not until you compare it with other top-performing 1080p models that its shortcomings in picture quality become apparent.

I personally believe a professional calibration job would serve this set well,  and in return, increase its picture quality.

If you are in the market for a 4K HDTV, I suggest you stick with a native 4K display, because the LC-70QU17U will not give you what you’re looking for.

Have any questions or comments about this review? Please leave them below.