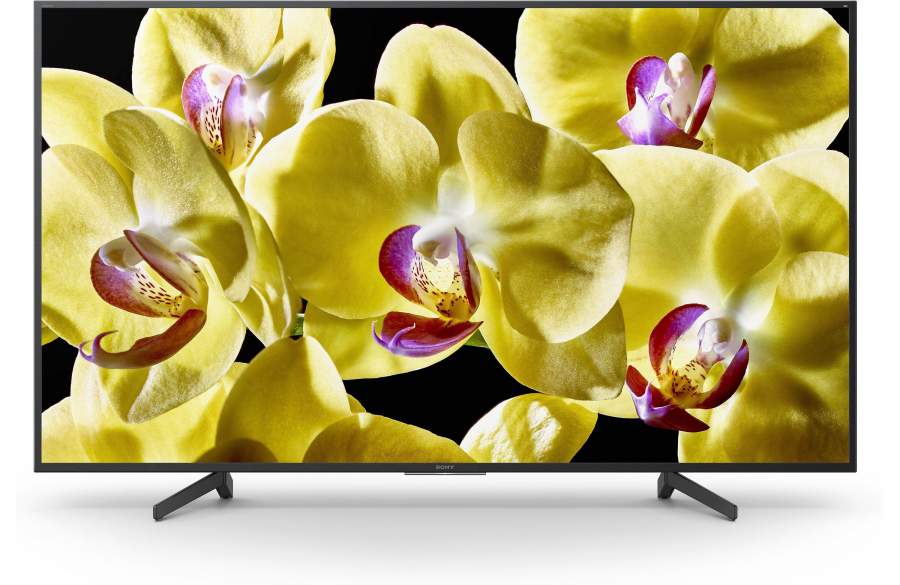 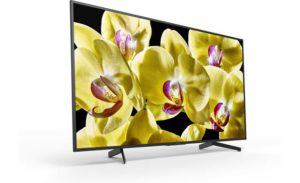 Bottom Line: Sony’s XBR65X800G is a good 4K smart TV. It delivers respectable picture quality and does quite well with HDR content, although, it could use a bit more peak brightness to enhance small highlights in HDR images. Its overall picture brightness makes it a good choice for well-lit rooms. It is also capable of producing a vivid and rich color palette with very good color accuracy. This TV has a good wide-angle viewing performance and is ideal for rooms with seating placed off-axis from the center of the TV screen.

The X800G may not be your best option if you do a lot of your TV viewing in a dark room; this is due to the TV’s IPS panel which restricts contrast range and black levels and can cause black levels in dark scenes to appear with a grayish overtone instead of a deep black. However, this will be less of an issue when watching this TV in a moderately or brightly lit room. In this setting, contrast and black levels will appear much better.

Sony’s X800G is the entry-level model for its premium XBR series of 4K TVs. And since it is a lower-end model, it will not have some of the features reserved for the top-tier displays such as better picture processing, panel (screen) lighting technologies and better build quality, just to name a few.

Note: As mentioned above, this review is also a comparison to Sony’s X950G. And since I’ve already posted a thorough review of the X950G, I will not mention its features or stand-alone performance in this review. I will, however, talk about how it compares to the X800G in the performance section below. You can check out the full XBR65X950G review here.

The XBR65X800G is an average looking display with decent build quality, although it isn’t as well made as Sony’s more expensive 950G, and by comparison, the 800G feels more cheaply made. This was apparent when I examined the back panel. The plastic cover felt and sounded much thinner as I tapped on it with my hand.

Furthermore, the frame and bezel are made of plastic, as well as the back portion of the TV’s stand (feet). The front portion of the stand is made of metal. The stand does, however, provide good stability. The bezel is not as thin as the X950G’s and seems a bit thick in comparison and measures approximately 5/8”.

The screen has a semi-gloss finish and contains direct-lit LED backlighting with frame dimming. I did notice the X950G’s screen surface is slightly glossier, which in my opinion adds a bit more clarity and transparency to the picture image. The X950G uses full-array LED backlighting with local dimming which provides much better contrast and black level capability when compared to the screen lighting method used on the 800G.

I’d also like to mention, and to the best of my knowledge and research, the 800G models use an IPS panel, with the exception of the 75″ screen size which uses a VA panel which will improve contrast and black levels. IPS display panels are known for their inability to produce good contrast and deep black levels. On the other hand, IPS panels do have an advantage over VA panels as they usually provide better off-axis (side angle) viewing by comparison. I will talk more about this in the performance section below.

The remote control is of basic design and offers soft push-button control, and features a built-in mic for voice recognition. This feature will allow you to control select Android TV functions through the built-in Google Assistant. The remote is not backlit. 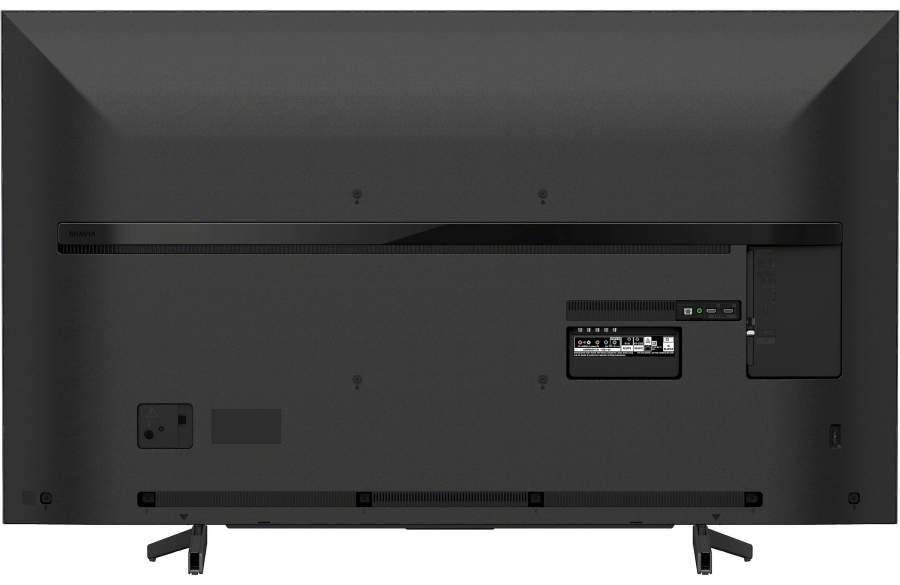 This design difference can be advantageous to the three larger sizes in this series and can have an effect on picture quality in the crucial areas of contrast and black level performance. With that said, I will stop short of saying this review can be applied to the two smaller sizes in this group; although I suspect the actual differences in picture quality will be minimal.

The XBR65X800G delivered good picture quality but had less than optimal performance in two key picture metrics: contrast and black levels. In fact, these two metrics are closely related, and without a good contrast ratio, any given TV will not be able to produce deeply saturated black levels. And this was certainly the case with the X800G.

This shortcoming was primarily due to the IPS panel used on this TV. And as mentioned earlier, IPS display panels are not capable of producing great contrast and deep black levels. When viewing dark content in a dark room environment, this becomes readily apparent as black levels will appear somewhat grayish instead of a solid deep black. It is even more evident when viewing a completely black screen or a black screen with white highlights (text). In those prior examples, the lack of contrast range was easy to see.

Nevertheless, if you are particular about seeing deep blacks in the content you are viewing, then this TV will not be your best choice. I do need to point out, however; this problem will not be an issue when watching dark content in a brightly lit room as the room lighting will greatly diminish the effects of contrast and black level loss, leaving blacks to appear much darker and deeper, and more natural in appearance.

By comparison, the X950G uses a VA panel and does not suffer from the lack of contrast range and black levels as do IPS panels. The contrast ratio on the X950 is very good which allows this TV to render deeply saturated blacks; this type of performance makes the X950G ideal for viewing in a dark room environment and will greatly enhance your viewing experience.

Shadow detail was also better on the X950G; for example, in an outdoor scene with very low lighting (dusk), images of the surrounding building structures were much more resolved and easier to see, in addition, I could also see more of the building’s detail in these same scenes.

Black screen uniformity in a dark room was a lot better on the 950G. Again this was primarily due to the 800G’s IPS panel. By comparison, a completely black screen was uniformly dark on the 950G; but on the 800G, the screen was not a deep black, but instead grayish in tone, and was subject to clouding across the screen’s surface.

The X950G also has an advantage in picture brightness. Don’t get me wrong, the X800G was more than bright enough, but when compared directly to the X950G, the difference was very obvious. This peak brightness advantage gave the X950G’s images more brilliance and pop. Peak whites, for example, with white text against a black background were much whiter and brighter, mind you, better contrast also played a part with these results.

Picture detail and clarity – not surprisingly – was better on the X950G and brought an extra layer of refinement to the on-screen images. Picture images were also sharper on the X950G, in addition to having excellent transparency and image depth. The X800G performed very well in these same areas, just not at the same levels as the X950G.

Okay, by now you may be wondering if there is an area the 800G can compete with the 950G in picture performance.  And the answer is yes – the playing field becomes a bit more equal when it comes to color performance.

Both of these TVs produced excellent color rendering – the colors were vibrant and rich. Colors were also fully saturated while still maintaining a very natural looking an accurate color palette. This performance was most notable with HDR content, which by the way, both displays did a great job at presenting color with this type of content.

However, I still have to give the edge to the 950G for color performance since it is better equipped to deliver better overall picture quality, having such features as full-array LED backlighting w/ local dimming, a much better contrast ratio, X-tended Dynamic Range Pro and a beefed-up picture processor to name a few.

Side angle viewing was better on the 800G. Therefore, I have to call the 800G the winner with this metric, since IPS panels usually have better off-axis viewing capability than VA panels, and this was apparent during this comparison, with the 800G having minimal contrast and color saturation loss when viewing these TVs at wide angles. Chop one up for the 800G!

Motion handling was very good on both TVs. My live-action demo content of sporting events and fast-paced movie scenes played without any motion artifacts, including an absence of motion blur and judder.

Input lag is decent on the X800G at approximately 32.0 ms and should be responsive enough for all but the most competitive gamers.

The sound quality was pretty equal on both displays, delivering clean and easy to discern sound output that contained good imaging and stereo separation. Bass output was lacking on both sets as was expected. The 950G does have Sony’s Acoustic Multi-Audio speaker system which in theory should provide better audio quality. But to my own ears, the sound quality was very similar.

After reading this review, you may have perceived this as an unfair comparison, but my true purpose was to actually show you the differences in performance that an entry-level model vs a higher-end model in Sony’s XBR series will offer, and how much more performance and features can be obtained for the higher price tag.

It’s obvious from this comparison that the X950G is the better of the two models presented here, which was no surprise to me. With that said, the X800G is certainly no slouch when it comes to performance. I consider it a good 4K HDR TV, and it does what it is supposed to do within its design parameters.

My biggest concern with the X800G’s performance is its less than stellar contrast range due to its use of an IPS panel; and with contrast being the key metric for optimum picture quality, this particular design limits it performance and could certainly be an issue for anyone who does much of their TV viewing in a dark room and is expecting saturated black levels. If this last statement speaks to you, then you may want to look elsewhere for a TV that delivers better contrast and deeper black levels, such as the X950G.

However, if you don’t want to spend the extra cash on the X950G for an upgrade in picture quality, then a better alternative to the X800G would be last year’s XBR900F. This 4K TV will give you excellent black level performance with overall fantastic picture quality and at a cheaper price than the equivalent size of the X800G.

Nonetheless, if you do want the latest 2019 model and don’t mind the sacrifice in contrast and black levels, then Sony’s XBR65X800G is definitely worth checking out. 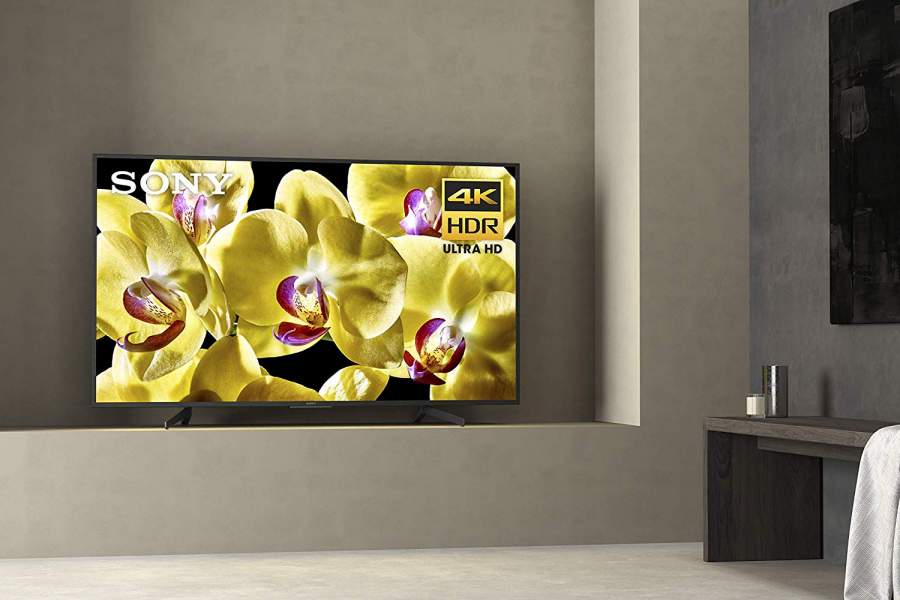