Ever since the “stay at home” and “shelter in place” orders were launched in the United States last March due to the COVID-19 outbreak; individuals have found themselves watching much more media entertainment to help pass the extra time being spent at home.

According to NPD Group, an organization that tracks consumer data, streaming services such as Netflix has seen a 72 percent increase in the number of subscriber profiles that were used to stream video each week. Residents in the Tri-State region of New York, New Jersey, and Connecticut have seen the biggest spikes in Netflix streaming compared to the rest of the country, according to The NPD Group.

NPD also cited double-digit growth in Blu-ray disc and DVD sales in less densely populated regions in the U.S. since mid-March compared with the numbers for January and February. These areas often had lower numbers of COVID-19 cases and less stringent stay-at-home policies.

From a hardware perspective, sales of DVD and Blu-ray players were both up 27% in unit sales for the week ending April 18th compared with the same week a year ago, according to data from the NPD Group.

“Sales are up as consumers stay at home and look for multiple forms of entertainment,” said NPD analyst Stephen Baker. “These include DVDs and Blu-ray discs to entertain children while their parents are working, backup access devices if Internet access is challenged by streaming, or simply the consumers’ realization that they may need a physical disc player as an alternative to streaming and either they didn’t already have one or the one they do have needs an upgrade.”

As we all navigate our way through these unprecedented times, we are finding ways to make our moments of home isolation less stressful and a bit more enjoyable, and watching movies, TV shows and even playing video games is an outlet to achieving this. 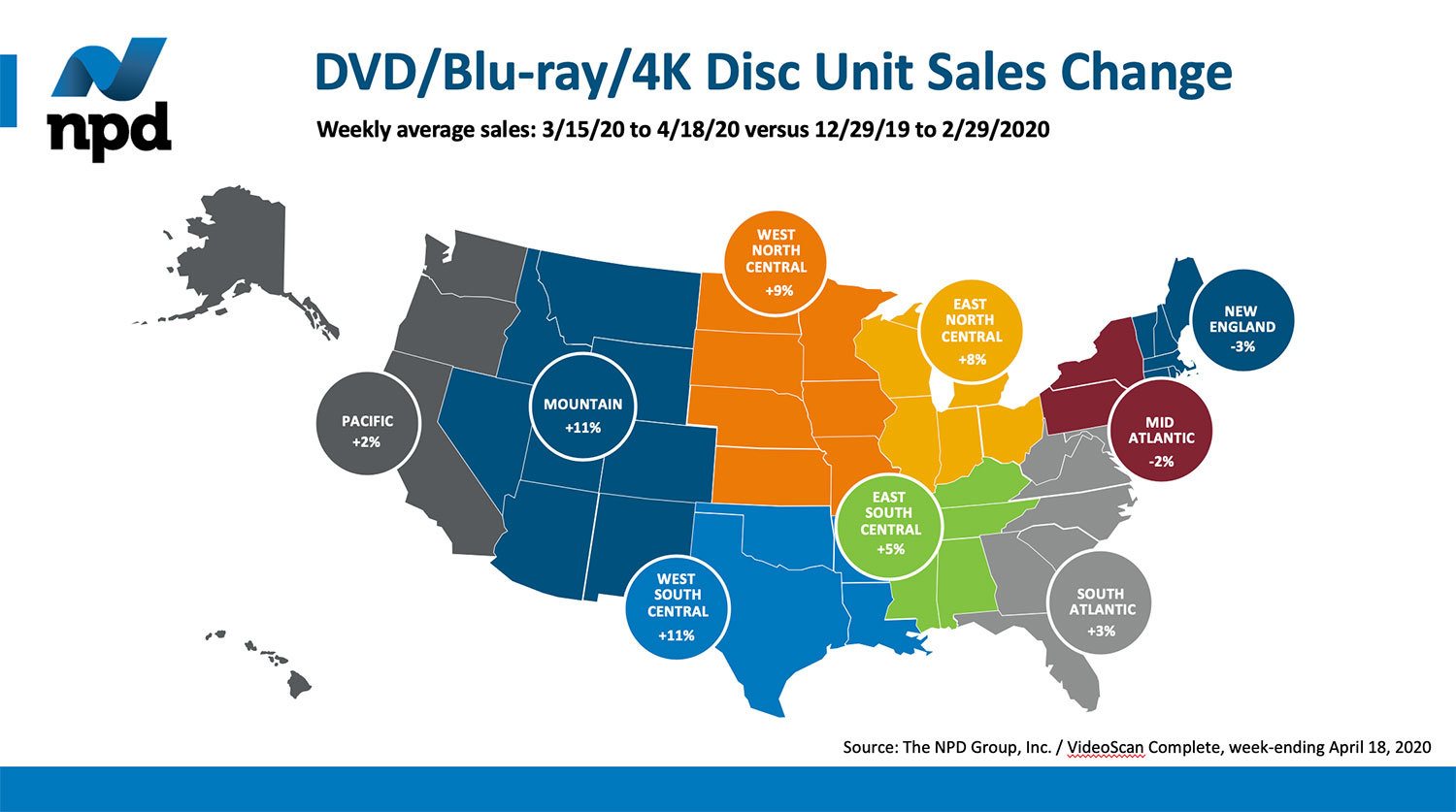