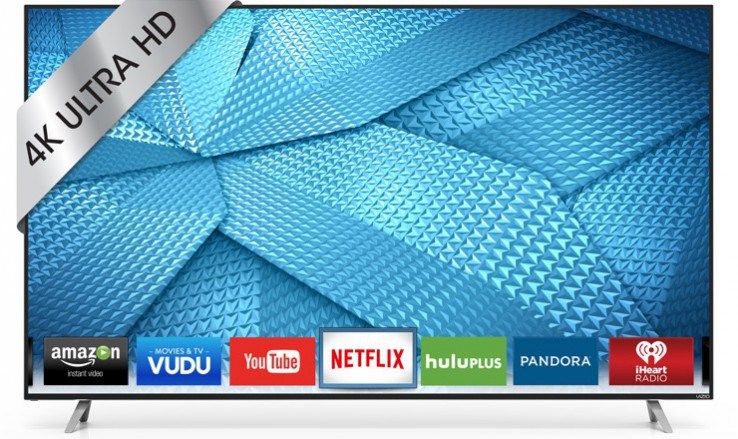 Vizio’s new M-Series has made the transition from last year’s 1080p models to 4K UHD TVs for 2015, and initial reports on performance from consumers have been, overall, very positive with the exception of a few performance/technical issues. This is good news considering how Vizio’s P-Series 4K TVs got off to a very shaky start last year.

Vizio’s latest M-Series features 9 models with screen sizes from 43″ to 80″. See here for more info. This review can also be applied to the 60″, 65″,75″ and 80″ models since they all share the same technical specs and features to the best of my knowledge.

I’ve also heard that the 49-inch model (M49-C1) uses an IPS panel, while the other M-Series models use VA panels. I could not confirm this at the time of releasing this article.

In this review, I will cover my own evaluation experience with the M70-C3 as well as reports on performance from *consumers who have purchased this TV.

While viewing the M70-C3 “head-on” I couldn’t help but notice how strikingly handsome this display really is, and in my opinion, is the most attractive Vizio display panel to date. 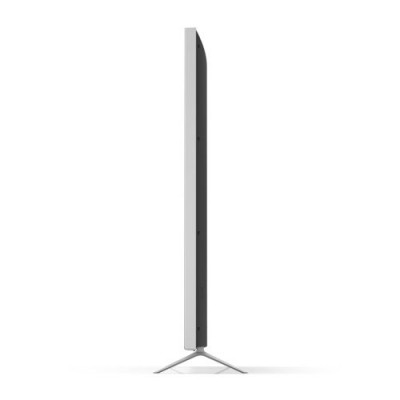 The TV’s screen contains a semi-mate finish and is surrounded by a slim black bezel, that is accented with a very thin gray trim. The bezel is slightly thicker along the bottom edge of the display. The depth of this set isn’t the thinnest I’ve seen, measuring approximately 2.7″.

Vizio has changed the stand design on its new M-Series to cast aluminum metallic A-frame corner feet. I prefer this design much better than last years, and in my opinion, it gives the set a more elegant appearance.

Just like the P-Series, the new M-Series features full-array LED backlighting with local dimming, which enhances contrast and black level reproduction. However, the number of active LED zones total 32 vs. the P-Series’ maximum of 72 active LED zones. 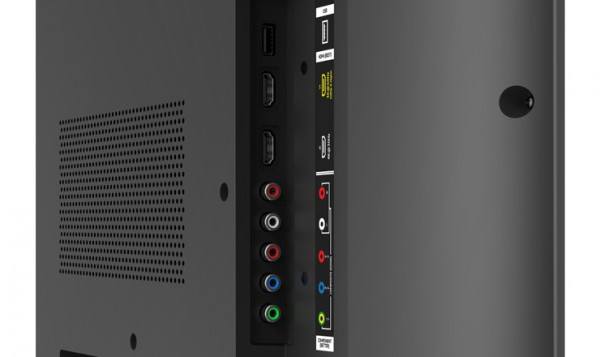 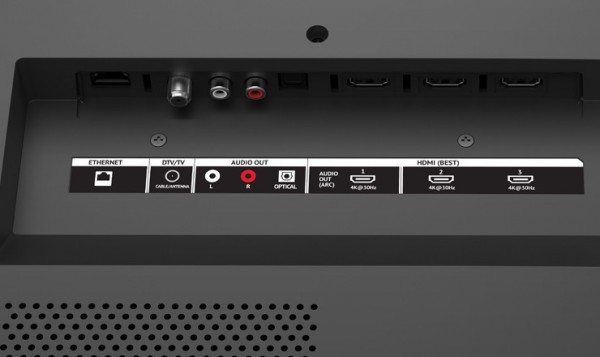 My overall first impressions of the M70-C3’s picture quality was surprisingly delightful… right away I noticed how clean and natural the images appeared. Colors were well balanced and very accurate, with just the right amount of saturation. I was amazed at how well this display produced skin tones, which were rendered with very good tonal accuracy.

Picture (black) uniformity was very good on this set with no visible hot spotting, clouding or light bleed.

As a side note, I recommend using the “Calibrated” picture mode to achieve optimal picture performance.

With all the good performance characteristics the M70-C3 has in its favor, I did, however, experience a couple of flaws in its picture performance. First, side angle picture image dimming was very apparent on this display and began to dim noticeably at around 20 degrees.

I also experienced some motion judder (jerky movement) on some camera panning scenes I viewed. I typically don’t experience this form of motion interpolation on the TVs I review.

Even though I didn’t experience any motion blur (image streaking) on fast action highlights from a football game I viewed, there have been reports of motion blur issues from some consumers.

What consumers are saying about the M70-C3…

There have been several confirmed reports of a firmware glitch with the M70-C3 as well as all M-Series models which pertain to the motion interpolation settings that control the “soap opera” effect. This control resets itself to turn back on after the set is powered off then turned back on, or when you change apps. A workaround that will eliminate this problem is to turn on the sets “Game Low Latency” feature.

Consumers are also saying that the 4K upscaling on the new M-Series is better than the current P-Series.

Contrast is said to be better on the P-Series, as well as its local dimming feature. I’m sure this is due to the P-Series having move active LED zones than the M-Series.

Overall, my research has found that the majority of consumers who own 4K M-Series displays are very satisfied with their purchase, and enjoy the image quality this new series has to offer.

I consider the M70-C3 and all the new M-Series models to be the best “bang for your buck” 4K UHD TVs available at this time. The price vs. performance value is outstanding. Where else can you get a 70″ Ultra HD TV for just under $2,200.00, and get the type of picture performance the M70-C3 delivers.

Vizio’s new M-Series, in my opinion, and experience, can’t match the performance of the “higher-end” models from Samsung and Sony, but nor did I expect it to at this price point.

However, if you are in the market for a large screen 4K TV with very good performance, I strongly suggest you take a look at Vizio’s M70-C3.

Cons:
• Poor side angle viewing performance
• Some motion judder detected
• No web browser
• Reports of a firmware issue that enables the soap opera effect even when the picture setting that controls this function is turned off.

You may also be interested in these popular M-Series models: