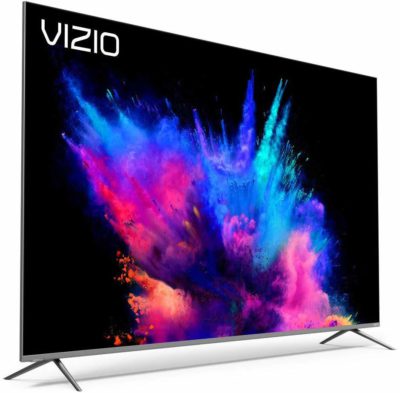 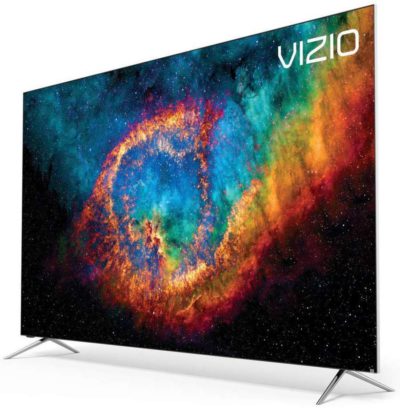 Vizio’s best P-Series ever… which model should you choose? 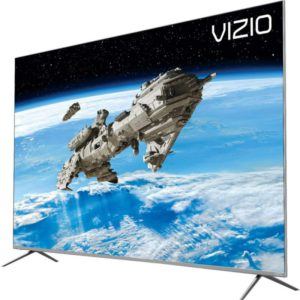 See your price at Amazon.com at the links below

Bottom Line: The P75 and P75X are excellent performing 4K HDR TVs and the best P-Series models ever made. In this comparison review, the P75X had notably better picture quality due to its better contrast, black levels and peak brightness which resulted in a picture with intense brightness, dynamic punch and realism. The P75X will cost you a bit more, but I consider the extra cost is worth the step-up in picture quality.

Vizio released the P-Series back in late 2014. I reviewed the 65” P652UI-B2 which did have its share of performance issues, which was somewhat expected for an initial release of a new series. Since then, Vizio has made vast improvements with the P-Series and its performance has progressively gotten better over the years.

The last P-Series model I reviewed was the P65-C1 in 2016. This model was much better than the first generation release and delivered better overall picture quality.

Fast-forward to 2019 and the P-Series are in their 5th generation and delivers the best picture quality yet; more on its performance later.

The latest P-Series is available in two variants: The Quantum and Quantum X. Both variants are available in 65” and 75” screen sizes. For this review, I evaluated the 75” models – the P759-G1 which is the Quantum, and the PX75-G1 which is Quantum X. From this point on I will refer to them as the P75 and P75X. The 65” screen sizes should have similar picture quality to the 75” models in their respective class variants.

In physical appearance, both models appear almost identical and feature very thin borders that surround their screens and measures just over ¼” in width. The P75 border that runs along the bottom of the screen is thicker than the sides and top borders. The maximum panel thickness is the same on both TVs and measures approximately 2.65”.

The stand design on both units is identical with the exception of the P75X being fashioned in a chrome finish while the P75 sports a flat finish. The stands provide very good support for the displays allowing only minimal amounts of panel wobble.

Overall, both P-Series models are handsome in appearance and have very good build quality.

One downside to SmartCast 3.0 is the limited number of apps available with this platform, and there is no option to add more. But since the P-Series has Chromecast built-in, you are able to gain access to more apps and other entertainment via your smartphone or tablet and cast it to the TV. Or even better, get a Roku Stick and plug it into the TV for a lot more streaming options.

Also, when compared to other smart TV platforms, Vizio’s SmartCast 3.0 can be a bit slow when executing a task. Personally, this would not be a deal-breaker for me because the SmartCast 3.0 still gets you where you want to be when accessing its available content.

SmartCast 3.0 is also compatible with Google Assistant and Amazon Alexa devices which will allow voice control of certain TV functions including its smart TV interface as well as power-on, volume control, change channels and more.

The remote control for the P75 doesn’t have the typical look and feel of most basic style remotes supplied with TVs. The top of the remote contains six quick access buttons to popular streaming service apps which allows you to bypass the smart TV home menu. The remote is not backlit.

I’ve read other “online” publication’s complaints regarding the design of this remote, but personally, I like the smooth and oval shape of the remote, as well as its appearance. The buttons have a nice and intuitive layout and are nicely spaced for easy functionality. The remote doesn’t have voice control, but as mentioned earlier, you can add voice control via a Google Home or Amazon Echo device.

As mentioned earlier, I don’t have a problem with the remote’s design or appearance, but it does, however, feel cheaply made.

The supplied remote with the P75X has a different design which is more sleek and slim when compared to the P75. The P75X’s remote has a classy look with a two-tone black and silver finish. The button layout is also different. I like the look and feel of the P75X’s remote much better than the P75. 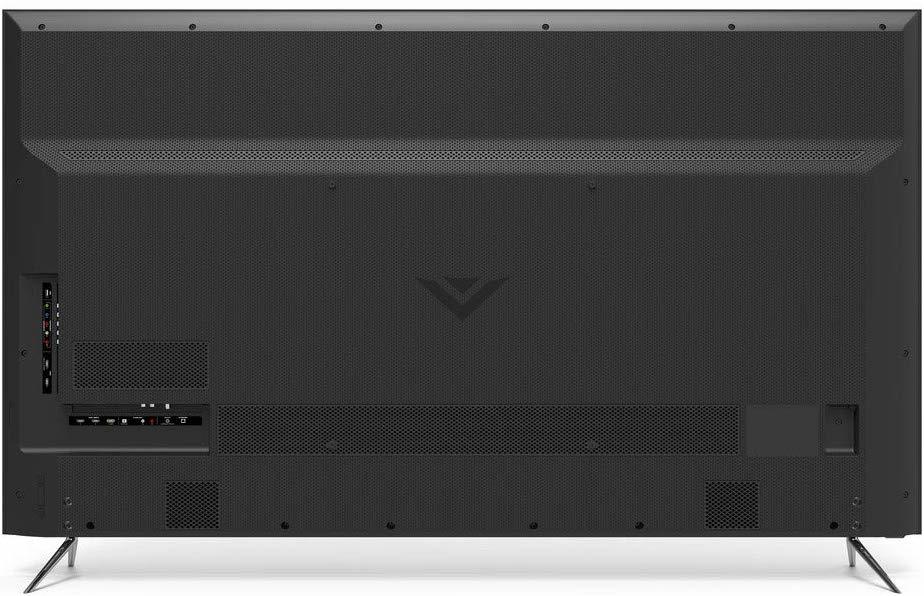 This is the part of the review I was looking forward to writing – so I’ll jump right into it and start off by saying that both of these displays are excellent performers, and I could live happily with either model as my primary TV in my home theater setup. That’s just how good these models actually perform.

To achieve the most accurate and natural picture quality from both of these displays, I suggest you set the picture mode to Calibrated or Calibrated Dark. The “Dark” setting is more suited for a dark room viewing environment. And if you really want to bring out the best in picture quality that either of these displays as to offer, then have it professionally calibrated or do a basic calibration yourself using a calibration disc.

That being said, there are performance differences between the two displays and one of them does a notably better job in key performance parameters (metrics) that clearly makes it the winner in this evaluation. So read on to find out which model takes the top spot.

In general, both models had overall pristine picture quality. Picture detail and clarity were top-notch, colors were very rich and vibrate with excellent accuracy, while contrast and black levels were simply outstanding on both displays. HDR content was also very good on both TVs, producing exceptional highlight detail and shadow definition.

Picture detail and clarity, as well as image transparency, were very closely matched on the P75 and P75X. I had to really scrutinize both TV’s picture images for any differences in these areas, and the end result was both displays appearing very similar.

A quantum leap into the color realm – Both TVs use quantum dot color technology and have wide color gamut capability which allows these displays to produce rich, bright and vibrant colors that pop from the screen delivering excellent realism and tonal accuracy.

While comparing the color rendering on these sets, I could see that the P75X had a slight advantage in this area delivering a bit more punch and richness within its color palette and rendering slightly more color volume.

Contrast range, black levels and peak brightness performance are where the P75 and P75X were at their very best. The contrast ratio on these TVs delivered amazing punch and realism that simply draws you into the picture images.

Black levels were some of the best I have ever seen on an LED/LCD TV. The abundance of full-array LED zones on both displays makes this level of black level performance possible. Black levels were a rich and inky black that made very dark picture images a pleasure to watch which I’m sure were being presented more in line with what the content creators intended. I will even go as far to say that the P75X black levels can sometimes rival an OLED display depending on the content you are watching. This is high praise for an LED/LCD TV.

Black screen uniformity was very good on both TVs. With local dimming enabled I did not detect any light bleed or clouding. The screens remained uniformly black across their entire surface. I should point out, however, with local dimming disabled; there was some very slight clouding on both sets.

Furthermore, when viewing white text against a black background, there was some very slight blooming detected.

Shadow detail was also strong on both displays. Objects that were displayed in dark areas of the picture images showed plenty of detail and clarity, leaving me no doubt of what I was actually seeing in any given dimly lit scene.

The peak brightness output on both displays made for some very bright picture images. Both TVs will do an excellent job in a brightly lit room with natural lighting and do a great job with handling room light reflections. 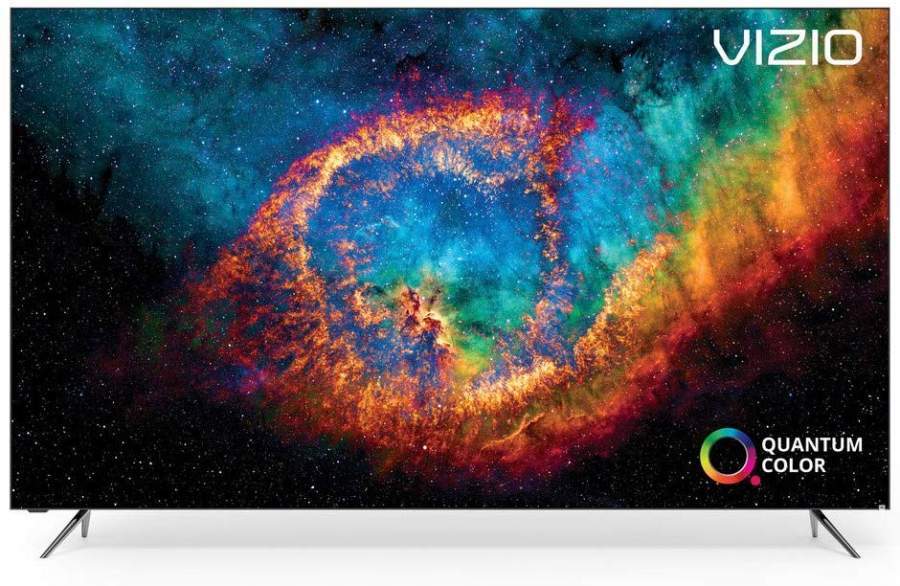 This is where I declare the P75X the winner in this comparison review:

The native contrast is much better on the P75X, especially with local dimming engaged. The increased contrast gives the P75X more dynamic punch and impact that gives the picture image more intense realism. Black levels are also more intense on the P75X delivering a deeper shade of black which is most likely due to the P75X having double the amount of LED zones which increases its contrast and black level capabilities.

So there you have it – those are the key areas of performance that clearly crowned the P75X as the P-Series performance winner!

Ok, now on to other areas of performance for the P75 and P75X.

The P-Series Quantum models have a feature called “Enhanced Viewing Angle” which is supposed to improve wide-angle viewing on these displays. With this feature engaged, I did notice that both displays did have improved wide-angle viewing in the form of less picture dimming and contrast loss than what I would typically see on most LED/LCD TVs.

However, using this feature does come at a cost – it modifies the picture quality in a negative way by altering color fidelity and overall image quality. It also causes resolution loss and picture softness. So I suggest you turn this feature off to maintain the best picture quality.

Motion handling was good on both displays. While watching a college football game, overall motion appeared smooth and artifact-free. Motion was also clear with virtually no motion blur detected which can be attributed to the P-Series’ very good response time.

The sound quality on these TVs wasn’t bad and falls in line with what I would typically hear from flat-panel TVs. Sound output was on the thin and lean side of the audio spectrum with minimal amounts of bass output. On a positive note, both TVs were able to produce clean and clear dialogue which was very intelligible. 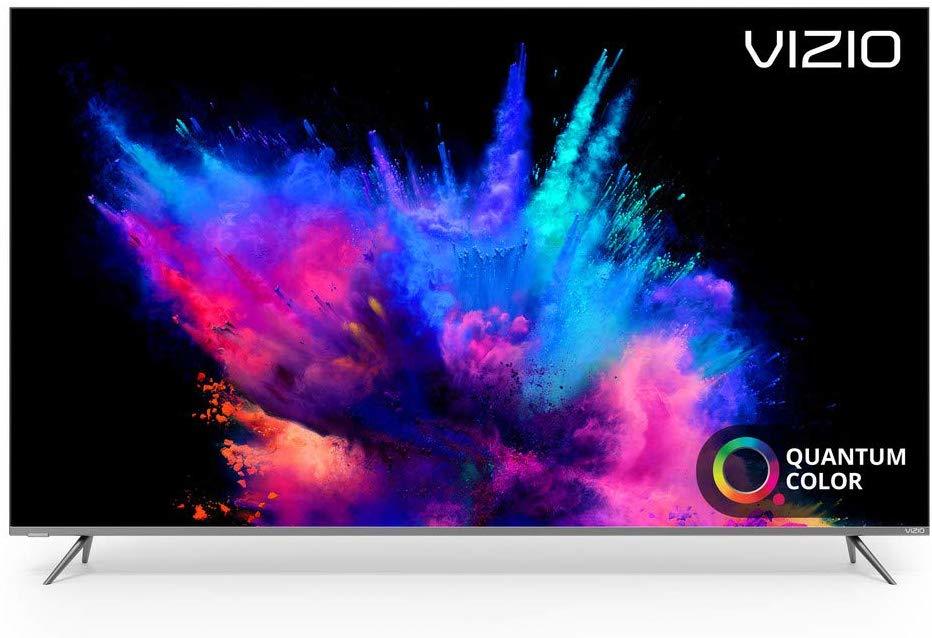 Vizio’s latest P-Series are two of the best 4K HDR TVs currently available. Both models reviewed here delivered great picture quality and left me with very little to complain about. Sure, I could have nit-picked about the absence of certain features such as no HDMI 2.1 and no eARC (enhanced Audio Return Channel). But for me personally, I don’t consider these to be must-have features at this time.

As noted earlier, the P75X did outperform the P75 in key areas such as contrast, black levels and peak brightness which gave it overall better picture quality than the P75. Was there enough of an improvement in picture quality for me to recommend the P75X over the P75? My answer is a definite yes. However, if you don’t want to spend the extra cash to obtain the P75X, you will still be in very good hands from a performance perspective going with the P75.