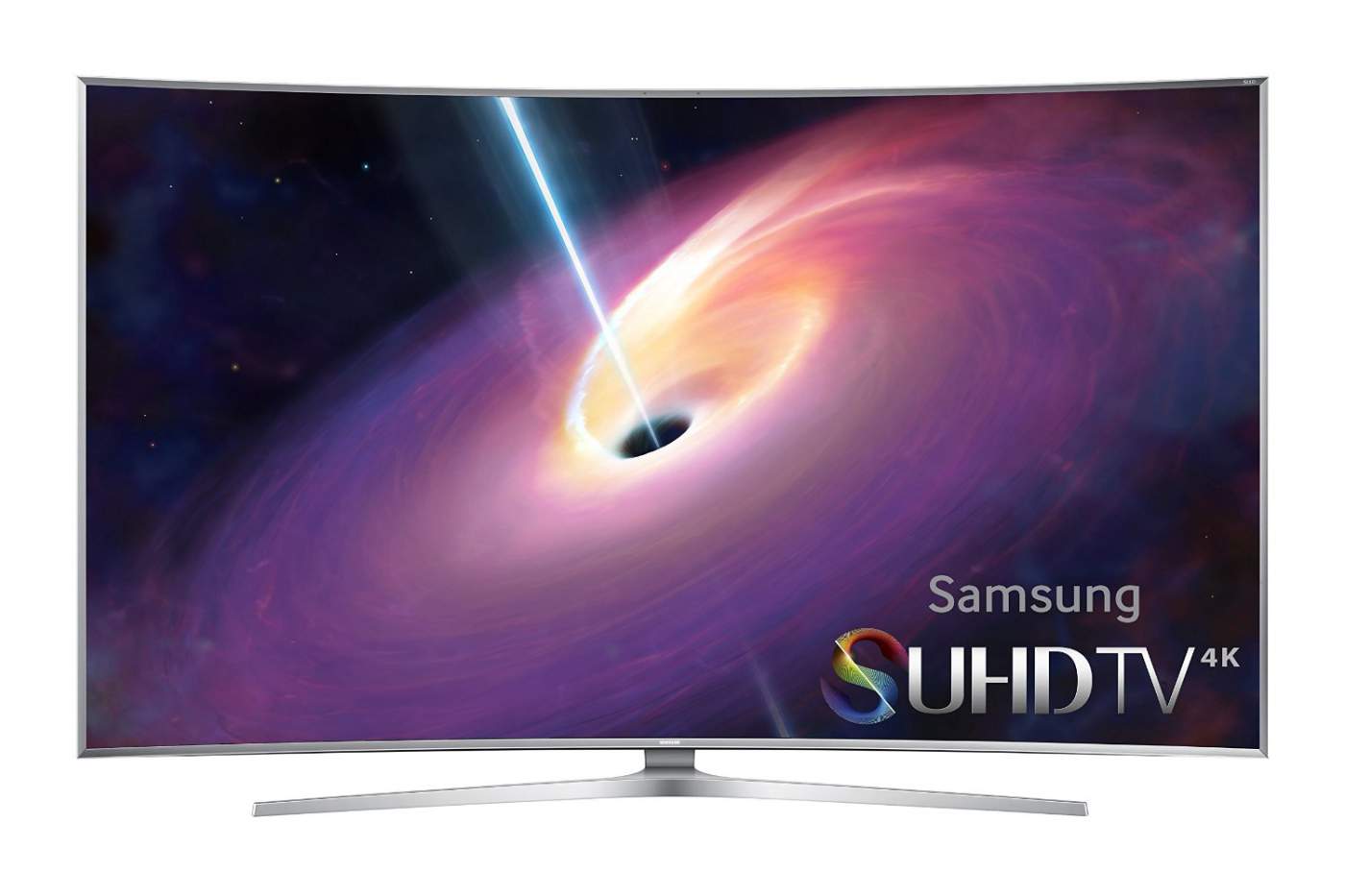 The JS9000 falls in the middle of this line-up and is the focus of this review.

I must say from the start that this is one gorgeous looking display; even if you are not a fan of the curved designed this set is embodied with, I believe you will find it very attractive. The brushed metal bezel and tapered edges on this display give it a touch of class which adds to the appearance of its very slim profile. In addition, the handsome Y-shaped brushed dark silver “desktop” type stand that supports the display panel features a very elegant and slender design that compliments the curved screen and aids in keeping the sets profile stature to a minimum.

Key features of the JS9000 include Nano-Crystal display technology which is Samsung’s variant of quantum dot technology. This allows for a wider color gamut providing more dynamic and vivid color reproduction.

Another great picture enhancing feature is HDR (High Dynamic Range) which produces a brighter more realistic picture image with greater contrast.  At this year’s CES (Consumer Electronics Show) in Las Vegas, Samsung had a demonstration of a 2014 4K UHD TV alongside a new 65″ SUHD TV…

In this comparison, the improvement in picture quality delivered by the SUHD TV looked noticeably better, with the SUHD set trouncing its predecessor in every image category. For instance, the picture looked much brighter and provided a vastly punchier, bolder reproduction of white colors. Colors appeared far more vibrant and dynamic, as well as containing much more subtlety and tonal range. Detail levels looked impressively higher, especially in dark scenes. But probably the most impressive accomplishment of HDR technology as implemented in the SUHD TV was its extreme contrast range, which was capable of delivering deep inky blacks sitting right alongside stellar peak whites.

Note: Currently there is no native HDR content available to consumers. However, Netflix plans to start streaming HDR content this year. Cross your fingers.

Probably the boldest move by Samsung this year is introducing its own OS called Tizen for its smart TV platform on all 2015 models. One benefit of Samsung’s Tizen smart TV software will be its ability to automatically search for and connect to nearby Samsung mobile devices, making convergence seamless and further enhancing the idea of the multi-screen experience.

The interface on this new platform is more user-friendly when compared to Samsung’s previous smart TV interface. Application tiles are placed along the bottom of the TV screen which enables you to simultaneously select an app or other smart TV function while still viewing live programming.

Users will also be able to watch TV and live broadcast on their mobile devices while on their home network, even if their television is turned off.

Processing power on the JS9000 has been upgraded with a new X8-Octa-Core-processor for lightning-fast media processing. 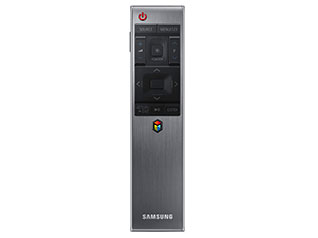 All J Series models are provided with a new redesigned touchpad smart remote control. The remote’s built-in microphone is used to control the TV via voice commands, or the remote can be used as a mouse and simply point-and-click to operate TV functions.

I must point out that I really liked this new remote. It has a very compact design with a minimal button layout. I appreciated its fit and feel when placed in my hand, and the added finger grooves or ridges on the remote’s backside enables a better grip on the device.

This set also features 3D capability and is supplied with one pair of active 3D glasses.

All video devices connected to this display are established via the included One Connect Box. This box provides a single output proprietary connection directly to the display which will make for minimal cable clutter going to the back of the TV. The One Connect Box contains:

As noted above, the JS9000 incorporates some key features that improve picture quality, which notably enhanced its video performance. And one of those features is Samsung’s Nano-Crystal technology (quantum dots) which actually does improve image quality. Overall, I was very impressed with the images I viewed on this display.

I was able to compare the JS9000 directly to a Samsung  65″ HU9000 (last year’s top model). What I noticed right away was how much better the colors appeared on the JS9000. Colors were more vibrant, saturated and dynamic when compared to the HU9000, which gave them a more life-like appearance.

Detail was also better on the JS9000 with a bit more detail and clarity which was noticeable in close-up images as well as images with lots of depth.

It became apparent at that moment that the SUHD display had a better contrast range than the UHD display, capable of delivering greater peak whites and deep inky blacks.

Motion blur was not an issue with this set. I took some time to view some video clips of a soccer game which of course had plenty of fast on-screen action. During this session, I detected no motion blur artifacts.

As with all LED-based displays, there will be some picture image dimming when viewed at wide angles, and the JS9000 was no exception to this viewing aberration. However, the dimming wasn’t severe on this display and was on par with other sets I’ve reviewed, delivering slightly above average side angle viewing performance. 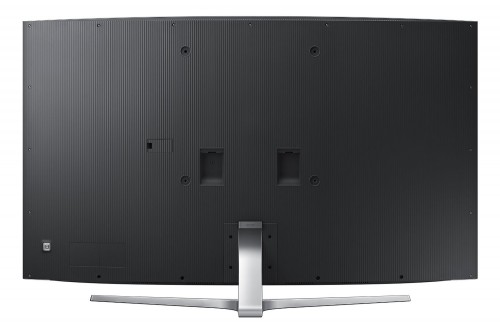 In my opinion, Samsung’s JS9000 is poised to be one of the best performing  4K Ultra HD TVs for 2015. With its improved 10-bit display panel, a more powerful video processor, Nano-Crystal, and HDR technologies, Samsung’s J Series will most likely set a new performance benchmark.

If you are thinking of taking the plunge and purchasing the JS9000, be aware that the price of admission for its premium technology doesn’t come cheap. But I’m sure there are many early adopters out there who desire and want the latest tech and have the money to spend, will not hesitate with the acquisition of this fine television.

Samsung’s JS9000 offers up some of the best HD images I’ve seen to date and will inspire many consumers to spark an interest in 4K UHD TV technology if they have not done so already. Highly recommended.