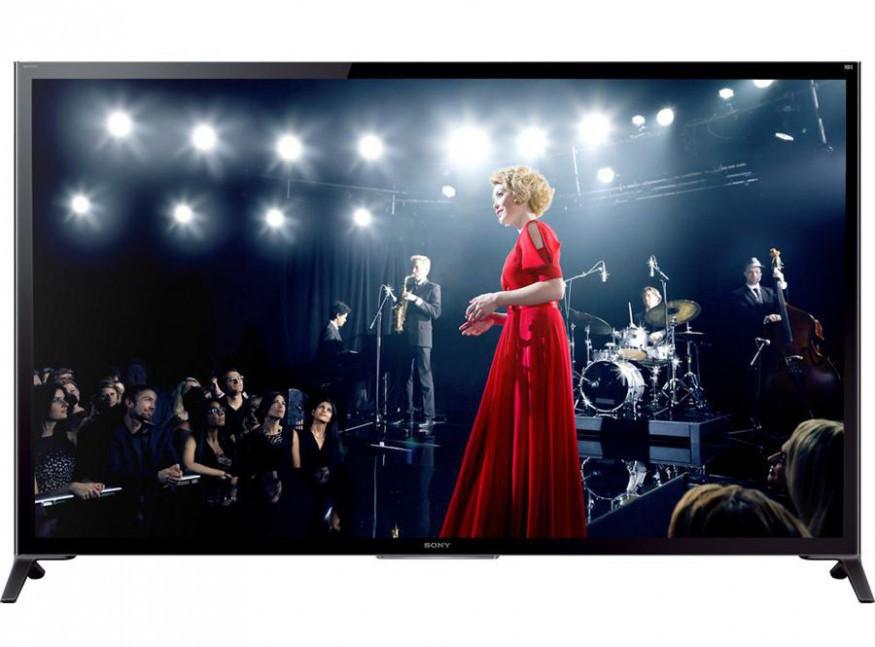 Sony’s XBR models are the company’s premium line of HDTV’s. For 2014 they have released nine new models. The XBR950B

is their Flagship model followed by the XBR900B

Sony has gone to great lengths with this year’s lineup to bring you the best possible 4K picture quality available.

The 950B and 900B are both 65″ models featuring a glossy screen (which I prefer) in comparison to the dull matte finish screens many HDTVs have, and a matte black bezel and cabinet. The 950 has an all-around slim bezel design which gives it a sleek appearance. The 950’s bezel is rounded at the top ends to give it a unique appearance.  It is also a bit thicker at the base rear panel area to enclose the 2.1 speaker system (2 satellites and 1 woofer).

The 900B has a wedge shape design that is much thicker at the bottom – this has two advantages: it provides space for larger speakers for better sound quality and it gives the TV a lower center of gravity to help prevent tip-overs. Speaking of sound, the 900B features side mounted speakers consisting of 2 tweeters, 2 woofers and 2 subwoofers.  I will speak more about sound quality later.

The 900B also features adjustable mounting feet with two mounting positions –  22″ and 67″. Network features include Wi-Fi 802.11 a/b/g/n for connecting to your homes wireless network.

What sets the 950B and 900B apart from other LED TV’s are three key picture quality functions: 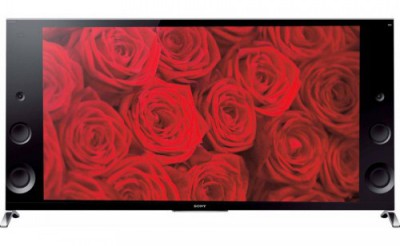 All of Sony’s 2014 4K Ultra HD TV’s support the new High-Efficiency Video Coding (HEVC) spec.  This codec is needed for optimal compression of video files and is used for 4K video services such as Netflix and other providers.

The 950B has a built-in top mounted camera that is Skype capable.

The 950B and 900B feature Active3D Technology and include 2 pairs of 3D glasses.

Both models come with not one but two remotes. The new “One-flick” touchpad has several advantages over the typical button-style remote. First, it operates via Bluetooth instead of IR, so it’s less finicky as far as needing to be precisely aimed at the TV’s remote sensor. And the touchpad makes screen navigation and switching between apps quick and easy. The other remote is a standard IR clicker.

I will get right to the point and profess that the XBR65X950B has the most striking and outstanding 4K LED Ultra HD image I have seen to date. In fact, I will go as far and say it has the best image I have ever seen on any TV, period – in my opinion, and experience.

The 950B’s image was extremely transparent and life-like with a natural looking tone. This set produced awesome dynamic range from the brightest whites to the deepest blacks which I contribute in part to this sets full-array LED backlighting w/ local dimming.

Regarding black levels, all I can say is WOW! The black levels were equal to the best plasmas I have seen. This set produced true deep blacks with no grey shadowing that is present on much lesser performing LED HDTV’s. The detail in dark scenes was well resolved, clean and clear.

I could make out all the fine detail in a concert scene of people in the audience. When viewing credits at the end of a particular program with white text laid over a black background, the blacks were dark and inky in nature and what I’m accustomed to seeing in a plasma set.

By comparison, the 900B’s could not match the black level performance of the 950B. Blacks weren’t as deep and shadow detail wasn’t as resolved but was still excellent and better than any other LED HDTV I have seen.

Color and image detail was outstanding on the 950B, with the most intricate detail and clarity being delivered along with extremely vivid and rich color rendition.

The contrast between light and dark areas of the images in the 4K concert footage I viewed were well balanced with the dark areas remaining dark and defined with great shadow detail, while the vocalist on stage was well illuminated with the bright stage lights and none of that brightness caused any blooming into the surrounding dark area of the image which would have given the image a grayish appearance.  Excellent performance!

The 4K X-Reality Pro Engine provides outstanding up-scaling of 1080p content to 4K. I viewed the 1080p Blu-ray version of Avatar on both the 950B and 900B. This was the best up-conversion I have ever seen. The image was sharp and detailed with great image depth with no artifacts to be seen. By comparison, the 950B was notably better than the 900B. The 950B provided better detail, contrast, clarity and shadow detail. Over-all the image was more dynamic.

1080p model viewing the same content. The difference was readily apparent with the 4K up-scaled image appearing noticeably better than the standard 1080p image. I was impressed. The KDL-65W950B was no slouch, it’s image quality was still very good by comparison.

Off angle viewing on the 950B and 900B was good for LED TV and appeared to be slightly better than average.

Sony’s MotionFlow XR960 Technology (120Hz refresh rate plus backlight scanning) is applied to both of these sets to create fluid and blur-free on-screen action. I observed highlights from a soccer game and detected no image blur.

The sound quality of the 900B’s side mounted speaker configuration was very good. The sound was clean an dynamic with a decent bass extension for TV mounted speakers. A soundbar is definitely not necessary for this TV.

The 950B’s sound quality in comparison was lean and thin sounding, with very little punch or impact. I suggest using a soundbar with this display. 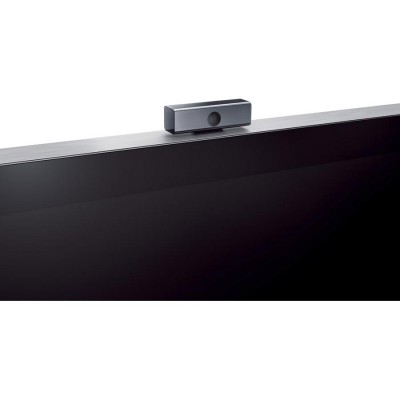 Sony’s XBR 950 and 900 4K Ultra-HD TV’s produce some of the best images I have ever seen with the edge going to the 950B for over-all picture quality. The images produced by these sets is absolutely first rate; and in addition, the 950B’s performance is virtually second to none in my opinion; however, with the possible exception of OLED based HDTVs, which I believe will eventually become the new benchmark in display picture quality.

So if LED HDTVs are your preferred choice for display technology, and these Ultra HD TV’s high price tags aren’t an object, I would definitely put them on your short list. Highly recommended!

Please leave your thoughts and comments regarding this review below…