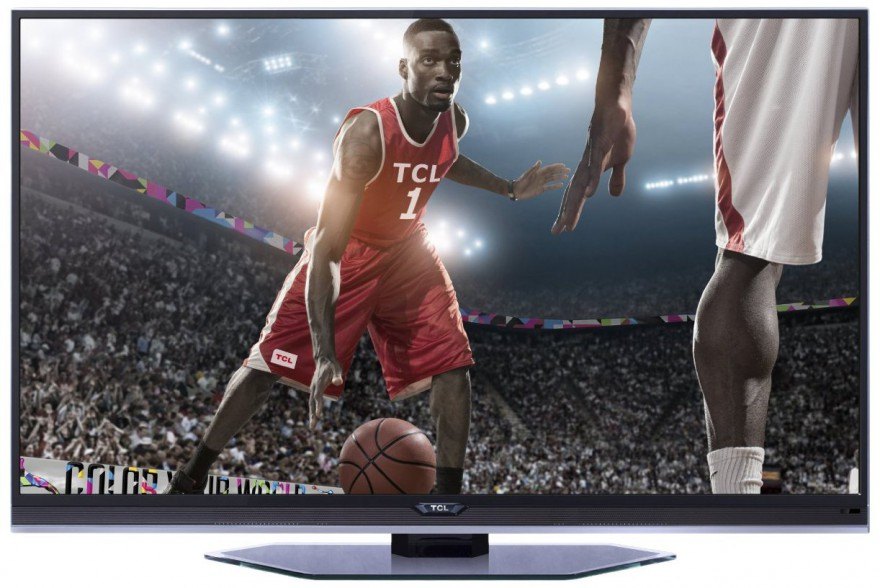 TCL… the name may not be familiar with most consumers in the US. And for all that is known about TCL, for most, it would seem to be a very small company.  However, the facts are that TCL is the third largest TV manufacturer in the world and is located in China. They built 18 million TVs last year (2013), and have been manufacturing TVs for over three decades. Wow! I didn’t know any of that. Did you?

So it would seem that TLC knows a bit about making televisions.  So my next question is… how does all this experience cross over to the actual quality and performance of their HDTV displays?  Which brings me to the topic of this review – the TCL 50FS5600. So let’s have a look…

The design of the 50FS5600 appearance wise is not what I would consider a very cheap looking TV. In fact, for such a very inexpensive 1080p HDTV display, it does have its own touch of minimalist style. Sure, it’s not going to win any aesthetic awards, but its slim grayish-black bezel and its non-typical hexagonal-shaped glass stand should get a stamp of approval for most prospective buyers of televisions in this design and price class.

Since the FS5600 is considered to be a low-cost bargain/budget product, you are not going to find many features on this set. With that said, you will not find a smart TV platform of any kind. So one of your cheapest options to bring smart TV capability to this set is to connect a streaming media device such as Google’s Chromecast. This way you can have access to streaming services like Netflix, HBO GO, Hulu Plus, YouTube and dozens of more apps. 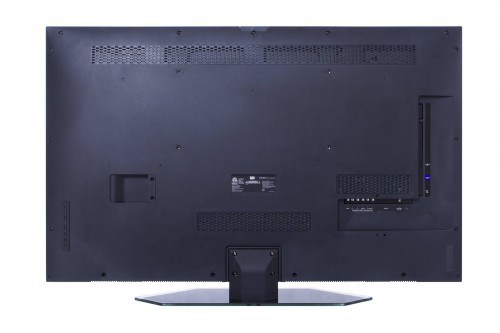 The FS5600 has most basic A/V inputs and outputs covered, and include:

The remote is very basic and bland in appearance.  However, it does contain the necessary buttons for the control and operation of the set.

The 50FS5600 uses edge-lit backlighting to illuminate the display screen and claims to support a 120Hz refresh rate for smoother on-screen action and sporting events.

A well-known review website reported that this TV had major motion blur issues, which prompted them to use a signal generator to send a 120Hz signal to the TV and their results concluded that it did not receive this signal. This means the display probably doesn’t have a native 120Hz refresh rate.

The content I viewed to evaluate this set (which included sports action) did reveal some motion blur artifacts.

Overall picture quality was decent but yet flawed.  Colors weren’t very vibrant and appeared to be a bit lean in saturation; especially when compared to LG’s better-performing LA6200.

Picture detail was good and sharp, but at the same time also suffered from a harsh and digital look. Which gave the image an edgy appearance.

Black levels were decent for an LED TV in this price class and performance category. But still fell below the norm of what I would prefer to see in an LED-based display. Shadow detail was inadequate on this set. Objects in dark scenes were obscured and hard to make out in the picture image.

The was picture was not very bright for an LED TV, and the LG LA6200 that I was able to compare it to was noticeably brighter.

Side angle viewing wasn’t very good on the FS5600. The picture dimmed substantially as I moved off center and to either side of the screen.

TCL’s  50FS5600 is an entry-level budget television that is lean on features and has below average performance in my opinion when compared to better brands such as LG and Vizio. But that comes as no surprise when you consider TCL’s budget class status.

On the other hand, when judged alone, its performance is adequate enough that I would personally purchase one of these sets for my home’s guest room.

In fact, long before I did this review, I did some research for some friends of mine on TCL’s LE40FHDE3010 LED HDTV, who was looking for a decent low cost 40″ display. And after reading several customer reviews and discovering a high satisfactory rating, I recommended they each purchase one of these TVs.

To this day they have had no issues with their sets, and are very satisfied with their performance.

So if you’re in the market for a very low cost LED HDTV, and don’t mind having what I consider just slightly below average performance, and are not concerned about features like smart TV capability and etc.  Give the 50FS5600 an audition. You may just end up taking one home with you.

Have any comments regarding this review? Please leave them below.