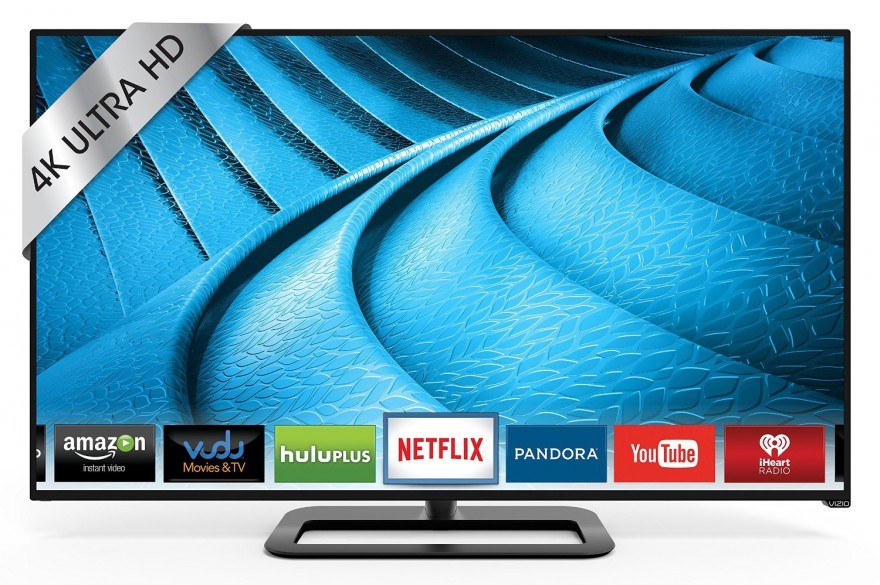 The arrival of Vizio’s P Series 4K HDTV’s has been highly anticipated ever since their introduction at CES 2014 earlier this year.

Now, the wait is over and the P Series is readily available at many retail stores. Before the release of the P Series, 4K TVs were priced a bit too high for many potential buyers. Now, with prices starting at $999.00 for a name brand  50″ display, many consumers can afford to jump on the 4K bandwagon.

Many of you reading this review may be asking the question: Does Vizio deliver a quality 4K product at an affordable price with good performance? Read on to find out.

For this review, I will focus on the 65″ P652ui-B2. However, this review applies to the 70″ 60″ and 50″ models, with the exception of the 55″ model which features an IPS (in-plane switching) display panel which affects it’s picture quality differently in comparison to the other models listed here that use a VA (vertical alignment) display panel.

As with the company’s “E”  and “M” Series, the P Series continues the tradition of a plain and not very stylish appearance. I don’t see this personally as a knock against Vizio, it’s just that their TV’s aren’t as attractive as premium models from Sony, Samsung and LG.

This set features a thin black bezel highlighted by an outer thin gray trim. The screen has a semi-matte finish, which in my opinion can make the image look a bit dull. However, this wasn’t an issue with this set.

The depth of this display is a bit thicker than most other LED designs thanks to the sets full array backlighting with local dimming. More on this feature later.

The open-base stand is nothing fancy but does add a nice touch to the TVs overall appearance.

Vizio has decided to drop 3D compatibility from their 2014 line-up which includes the P Series. But I believe this will not be a deal-breaker for most potential buyers since 3D has not been a big hit for in-home TV viewing.

The P652ui-B2 features Vizio’s nicely implemented Internet Apps Plus smart TV platform.  This platform gives you a very good selection of apps presented in an easy to use menu layout. Onboard are your usual video apps such as Netflix, Amazon Instant, Hulu Plus, Vudu and many more. Audio apps include Pandora, Spotify,  iHeartRadio and TuneIn.

For more on Vizio’s Internet Apps Plus, see the video presentation below…

Vizio states they will be adding apps for UltraFlix and Amazon Instant 4k streaming services in the near future. 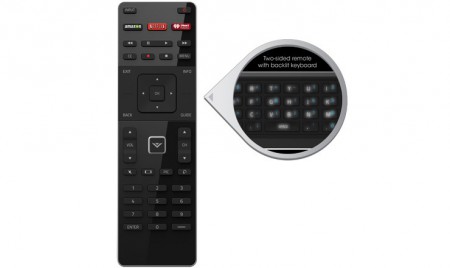 Other inputs include one each for component video, composite video, USB, Ethernet and RF for antenna or cable/satellite. Outputs include one digital optical audio and one analog audio.

I’ll get right to the point… the P652ui-B2 has very good picture quality. However, it does have a few weak areas I will address. To get the best picture image, use the Calibrated picture setting mode. I also recommend you have this set calibrated for optimal video performance.

First, the good. One of TV’s best picture quality features is its full array backlighting with local dimming. The display panel contains 64 active LED zones, which contributes to this TV’s excellent black level reproduction. Black levels were some of the best I’ve ever seen on an LED TV, which was a deep inky black.

Shadow detail was also excellent and allowed me to see and make-out objects in the darkened image with great clarity and detail.

Contrast was good, producing a good range of the brightest whites to the deepest blacks. However, I did see some slight problems on the upper end of whites (bright highlights) in one of the scenes I viewed. More on this later.

Color reproduction was strong and vibrant but was a little off balance leaving skin tones in certain dark scenes taking on a slight orange/red tone. With the exception of this issue, color accuracy looked pretty good. 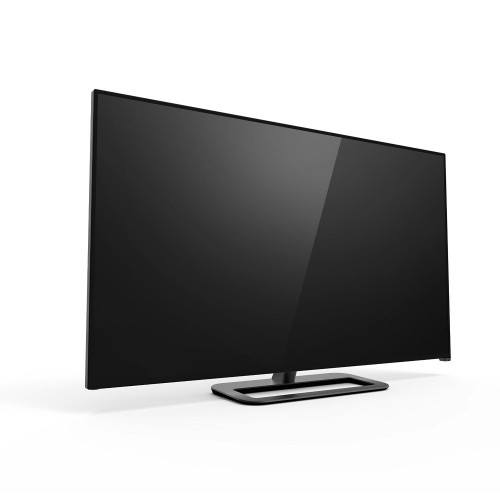 This display produces a very bright picture and is well suited for a brightly lit room environment. The semi-matte screen also helps to reduce screen reflections.

The brightness of the image dimmed as I moved off-center to either side of the screen. But did not detract from the image to where I would consider it a problem.

Image detail and depth was excellent on this display and was on par with Sony and Samsung 4K displays.

I really enjoy seeing all the fine detail in a 4K image, whether it be in the foreground or background of a particular shot or scene. These types of images are so clear and transparent giving you a true “you are their” experience. With that said, the P652ui-B2  delivered this superb type of picture quality in abundance.

Screen uniformity looked very good. I saw no visible hot-spotting on a dark screen with white text positioned at the center of the screen. The black areas of the screen stayed uniformly black.

Note: In this section, I have added some consumer-related issues related to the P Series. I normally do not report on consumer experiences in my reviews, but since the P Series is a new product line. I think it would be helpful for readers of this review to know of any bugs associated with these new 4K Ultra HD displays.

There were a few issues I found with this set.  I have already spoken about the color issue. (See above).

Motion blur was a slight problem in some scenes I viewed on this TV. For example, when viewing a football player in action, I noticed some slight blurring of his shoes as he moved about the turf. If you were not intentionally looking for this artifact, you would probably not even notice it.

On the other hand, on slower moving panning shots I saw no motion blur or judder.

Note: Vizio’s website claims a 240Hz refresh rate for this display, but like all other 4K TVs on the market, it actually has a 120Hz refresh rate. The extra Hz supposedly comes from backlight scanning.

Now, back to the bright highlight (blooming) issue, I mentioned above. On a scene I viewed of a space shuttle blasting off, the white exhaust produced by the shuttle’s engines lost its definition and appeared as an obscured white mass.

There has also been reported issues from consumer reviews I discovered doing research over the internet regarding backlight local dimming issues… for example, one consumer stated, “when rapidly transitioning from dark to bright (and vice versa), you can notice the backlighting dimming/brightening with a noticeable lag”. There have also been reports on a popular A/V forum of picture blooming. (This effect is caused by a light bleed from the backlight LEDs that spreads out (blooms) from an illuminated object on the screen and into the surrounding dark (black) areas of the image).

Update: The latest official firmware release is 1.1.14. However, newer firmware releases have been recently reported. These updates are 1.1.16 and 1.1.19. To verify your TV’s software version, hit the Menu key on the remote and select System, then System Information. The “Version” line is third from the top.

So what’s the verdict?

I believe Vizio has delivered a good but yet flawed product to the 4K market. Price-wise there is no better retail value from a name brand television manufacturer. And once Vizio fixes the performance issues associated with this new series of HDTVs, these sets will claim a spot as one of the best 4K TV line-ups available in my opinion.

So in the meantime if you don’t mind dealing with the performance issues mentioned in this review, and don’t want to wait for a later firmware update to fix these problems, then I think the P652ui-B2 is a solid choice if you want to jump into the 4K UHD arena, and doing so at an affordable price.

Update: According to reports being posted by owners on AVS forums, the local dimming and black level issues I mentioned above have been corrected. However, the latest firmware release is stated to have fixed a small remaining sharpness bug seen on 4K content.

Have any questions or comments about this review. Please leave them below.