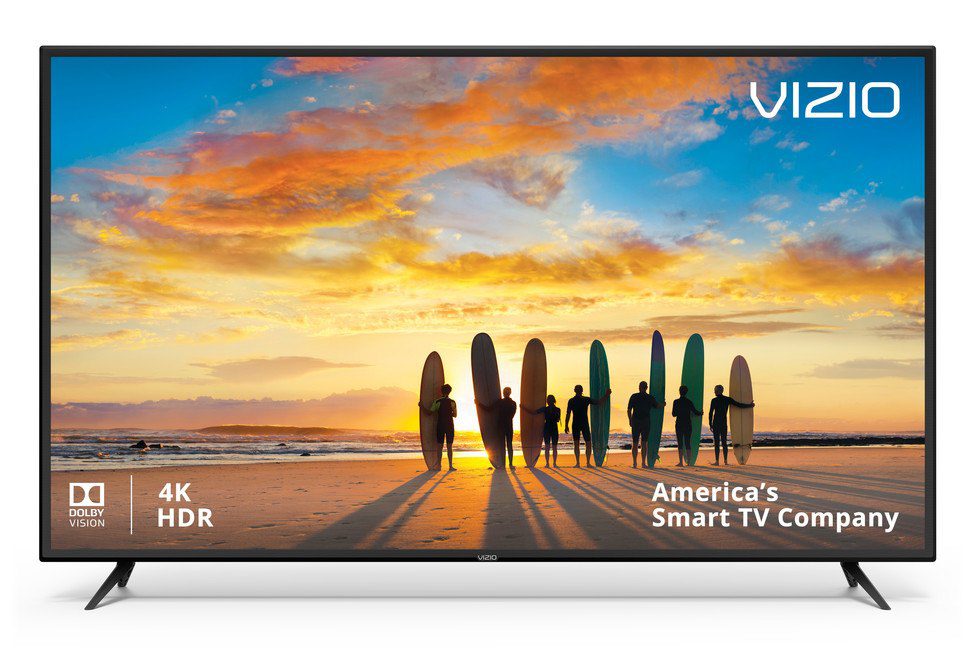 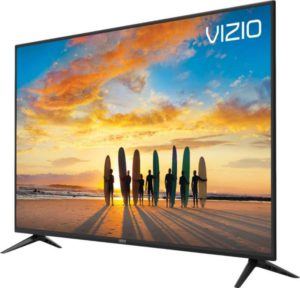 Bottom Line: The V505-G9 will make a good choice for anyone looking for a decent 4K HDR LED Smart TV, and not overly concerned about having the best in picture quality, yet still want a good TV viewing experience, and a nice feature suite, all without spending too much cash, then check out Vizo’s new V-Series.

Vizio’s entry-level 4K TVs have been rebranded as the V-Series and replaces the former E-Series. The new V-series is available in two variants: The Vxx5 and Vxx6. The V6 models offer full-array LED backlighting with local dimming, whereas the V5 models have full-array LED backlighting but without local dimming. Local dimming will increase the TV’s contrast and black levels abilities and deliver better TV viewing in a dark room.

Therefore, if you desire the added benefit of deeper blacks while watching TV in a dark environment, then step up to one of the Vxx6 models which should perform better in this area. With that said, the Vxx5 models are still capable of producing deep uniform black levels for a satisfying viewing experience.

As mentioned earlier, the V-Series replaces the E-Series, and although I wasn’t able to do a comparison of the two, I believe both series should have similar performance characteristics, with a slight edge going to the E-series, which was based on my notes and technical info I gathered. However, I truly can’t confirm which series has the overall better picture quality without doing a direct comparison.

One other important note about the “V” vs. “E” series’ is that I’m making my “better picture quality” assumptions based on the cheaper Vxx5 variant of the V-series. The Vxx6 is a closer technical match to the E-Series, as both of these displays have local dimming whereas the Vxx5 does not. With that said, the Vxx6 version may at least equal if not outperform the former E-Series, in my opinion.

For more info on Vizio’s complete 2019 TV lineup including the V-Series, click here…

The V505-G9 has a decent build quality and appears to be solidly made. The screen has a semi-gloss finish and is surrounded by a reasonably thin plastic bezel which measures just under a ½” in width. When viewed from the side, the TV’s panel is thin on the top portion, but the bottom half deepens significantly due to the TV electronics being housed in this area. This brings the maximum thickness of the panel to approximately 2.42 inches.

The V505’s feet are made of plastic and are strong enough to support the weight of its 50” panel size. The feet also provide good support for the display panel.

One downside to SmartCast 3.0: the number of apps is limited and there is no option to add more. But since the V505-G9 has Chromecast built-in, you can gain access to more apps and other entertainment via your smartphone or tablet and cast it to the TV.

SmartCast 3.0 is now compatible with Google Assistant and Amazon Alexa which will allow voice control of certain TV functions including its smart TV interface as well as power-on, volume control, change channels and more. Furthermore, Apple’s AirPaly2, HomeKit, and Siri control will be added this summer.

Note: The SmartCast 3.0 interface does not always operate smoothly and you may experience menu hang-ups.

The remote control doesn’t have the typical look and feel of most basic style remotes supplied with TVs. I personally like the smooth and oval shape of this remote, as well as its appearance. The buttons have a nice and intuitive layout and are nicely spaced, for easier functionality. The remote doesn’t have voice control, but as mentioned earlier, you can add voice control via a Google Home or Amazon Echo device.

The top of the remote contains six quick access buttons to popular streaming service apps which allows you to bypass the smart home TV menu. The remote is not backlight; such is the case with most TV remote controls that are available these days.

One other notable feature of the V505-G9 is its ability to process Dolby Vision, HDR10 and HLG high dynamic range formats. 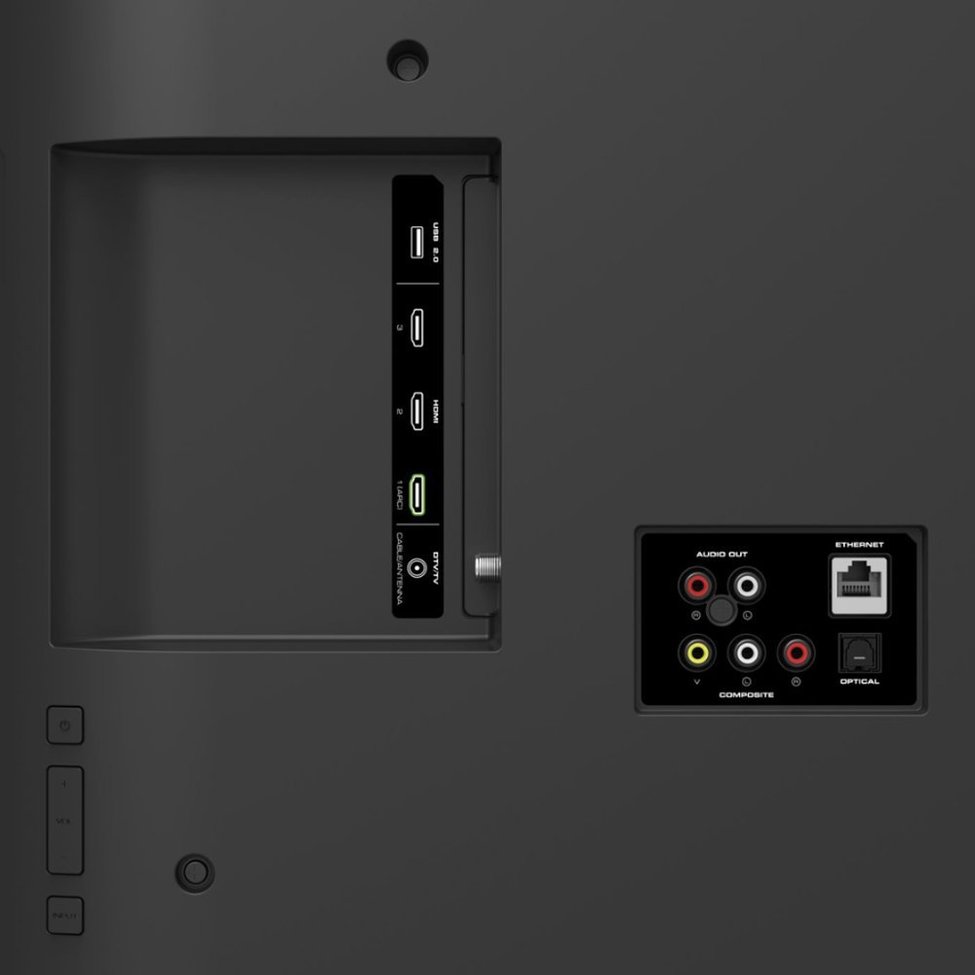 The V505-G9 has good overall picture quality, especially for an entry-level model. It performed well with key picture metrics that led to a generally satisfying viewing experience.

Starting with contrast and black levels – the V505 has an excellent contrast ratio, which is actually better than many high-end LED models. This accounts for the TV’s very deep black levels, which is ideal for dark room viewing. And as I’ve mentioned before in other reviews, contrast is the most important aspect of achieving the best in picture quality.

Don’t get me wrong, I’m not saying this TV reaches that pinnacle in picture quality because it doesn’t. It just achieves very high marks for its contrast and black levels.

Black screen uniformity was very good on this TV with no evidence of any light bleed or flashlighting. I was impressed with this level of light control, especially for an entry-level model.

To achieve the best color accuracy from this TV, I recommend setting the picture mode to either Calibrated or Calibrated Dark depending on your room lighting. Also, set the color temperature to Normal. These settings will give the V505-G9 the most accurate color reproduction without having the TV calibrated.

With that said, I found the color palette of the V505 to be quite good. Colors were well saturated and vibrant without appearing to be overly processed or unnatural in character. However, I did notice a minor flaw with the V505’s color processing, which was a slightly yellowish tint that was visible in certain picture images.

Detail and image clarity was good on this display. For example, while viewing outdoor scenes, I was pleased with the level of clarity and small detail that was present in wide-angle shots of buildings in the distant background. These images were also sharp and defined with a sufficient amount of image depth and transparency.

Motion handling was adequate on this TV with only minimal amounts of motion blur with some fast-action sporting events. This would not be a deal-breaker for me considering the subtleness of this effect on the TV’s motion handling abilities. Vizio didn’t incorporate any advanced image processing features like motion interpolation or a black frame insertion which would have improved motion handing on this TV.

HDR performance won’t be at its best on this display (yet still adequate) due to its lack of high peak brightness output, which is needed to achieve an HDR picture this is able to show added picture illumination and small highlights in dark scenes as well as increased peak bright highlights in daytime or well-lit scenes. To gain more brightness levels, you can change the picture mode to Vivid, but the trade-off would be picture image inaccuracy. Also, the V505 doesn’t have a wide gamut which would have provided better color rendering with HDR content.

Note: You can move up to one of the Vxx6 models which will give you higher brightness levels than the Vxx5 models, for only a moderate increase in cost.

Side angle viewing was subject to the usual contrast and color saturation loss when watching this TV at wide angles, which is common with most LED/LCD TVs.

The sound quality wasn’t that great on the V505 and was lacking in bass output which is common on most flat-panel TVs. It did do well with producing clear and intelligible dialogue. Nevertheless, using a good soundbar with this TV will deliver a much better audio presentation. 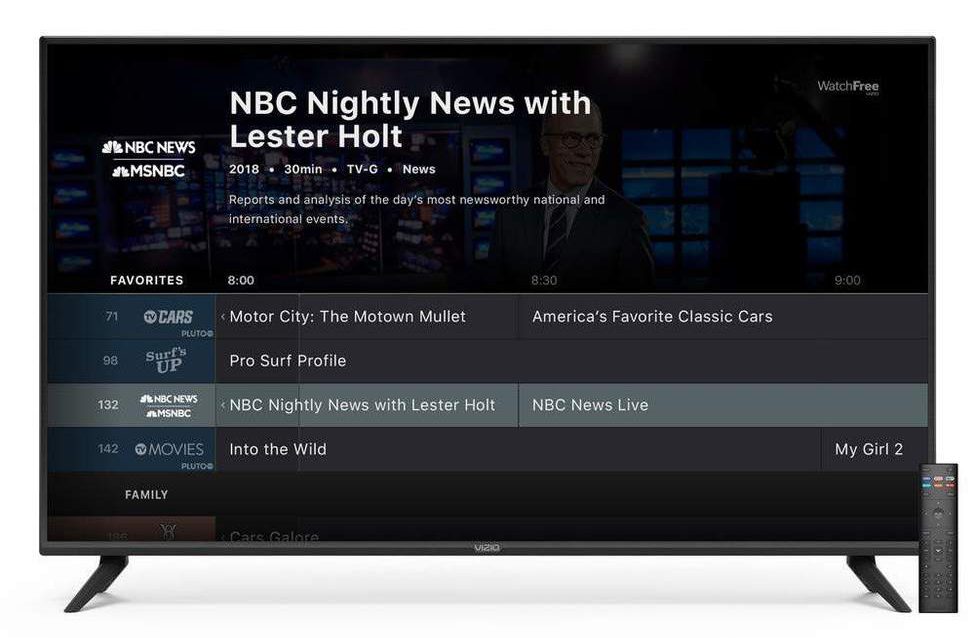 Vizio’s V505-G9 is a good entry-level 4K LED TV. It offers commendable picture quality for such an inexpensive display. You also get a decent smart TV platform with the most popular apps preinstalled. And with Chromecast built-in, you can cast many more apps not available on Vizio’s smart TV operating system, directly to the TV from your phone or tablet.

The SmartCast OS is also compatible with Google Assistant and Amazon Alexa which allows voice control to operate the TV.

I give Vizio’s V-Series 4K TVs a solid recommendation, and shouldn’t be overlooked if you want a decent performing entry-level TV that won’t be a budget buster.

For a step up in performance, check out this review of Vizio’s M-Series Quantum 4K HDR TVs.