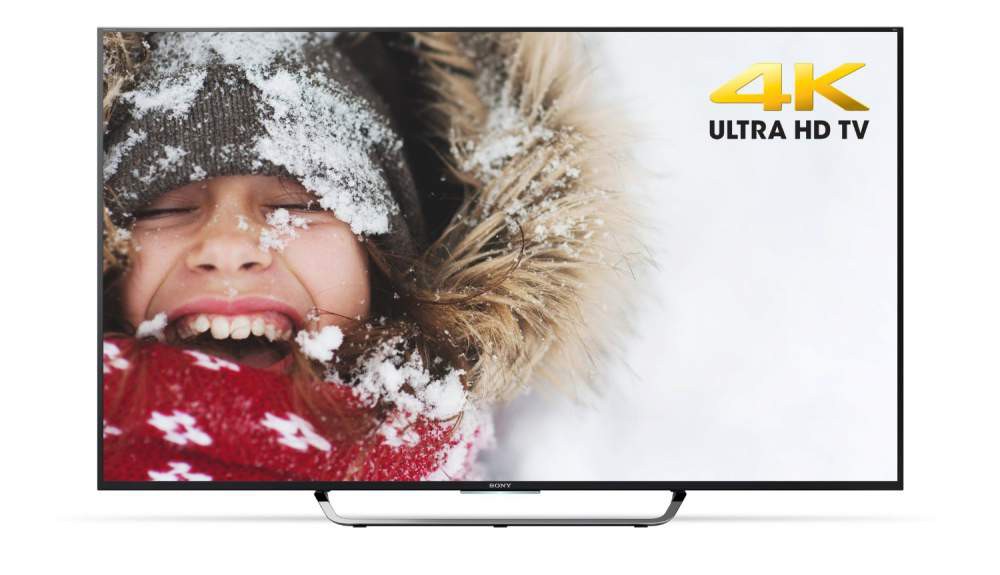 The 850C Series of Sony’s 4K lineup represents class-leading performance and features in the very popular 65″ screen size category of HDTVs. This series is also available in 55″ and 75″ models, and this review can be applied to those units as well.

Last year’s XBR850B was an exceptional performer and scored very well in my review last November. The XBR850C being its successor, should technically provide even better picture performance since it has a new and improved video processor and uses a better panel lighting design. More on this below.

The panel design of the 850C is treated with your typical thin bezel borders which measure approximately a 1/2” wide on the side edges, and measures slightly smaller along the top edge of the panel and slightly wider along the bottom edge. The depth or thickness of the display panel is 2″ at its slimmest point. The screen surface contains a semi-gloss finish.

The pedestal stand that supports this set contains a dark chrome mirror flat finish. I felt this stand design for the 65″ model was a bit too small for such a large screen; therefore, it presented an issue of the TV being a bit wobbly in my opinion. However, the TV stand still provided acceptable stability.

As mentioned earlier, Sony has introduced an all-new processing engine – the X1. This new processor improves on color accuracy, contrast and clarity of standard HD and UHD video. This new processor also allows for better 4K upscaling implemented by Sony’s X-Reality Pro Picture Engine. Last year’s 850B produced some of the best 4K upscaling I have seen to date, and the 850C has followed suit with absolutely superb 4K upscaling. More on this later.

The X1 also improves on Sony’s TRILUMINOS technology by delivering a wider range of color reproduction as well as dynamic color correction for a more accurate color palette.

Sony has implemented Google’s Android operating system into this television. This OS lets you do a lot of things you’re used to doing on your tablet or smartphone by simply logging in with your Google ID to access a huge collection of apps, games and content from Google Play. This operating system will also make it easy to stream video content, function as a gaming device and provide enhanced features like voice-enabled searching through a remote control equipped with a microphone.

During its use, I found the new Android TV OS very user-friendly and easy to use. The layout and functionality of the available menus and app tiles made accessing this smart TV’s features a pleasure to use.

For all of you gaming fans out there, the 850C features PlayStation Now game streaming, which enables you to stream PS3 games directly to this TV without the use of a gaming console. The only additional equipment required is a DUALSHOCK 4 controller (sold separately) which connects to one of the TV’s USB ports. 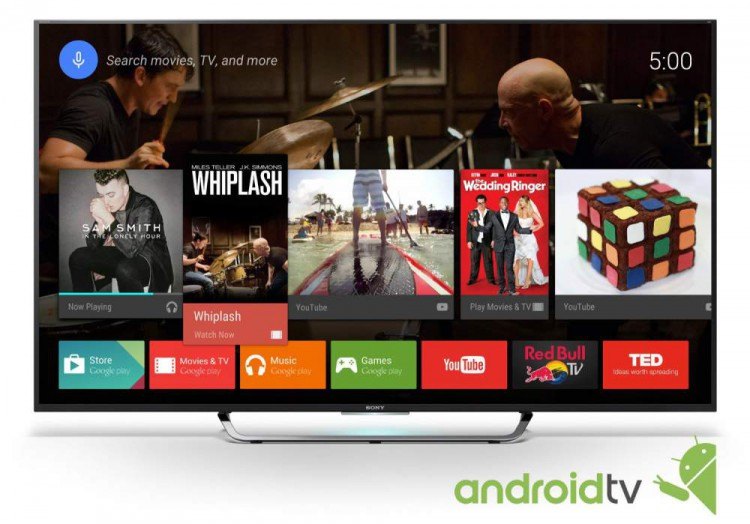 Two remote controls are provided with this set – a touchpad device that operates via Bluetooth and features a built-in microphone for voice control of select Android TV functions. The other remote is a standard IR type.

Wi-Fi – The latest 802.11ac Wi-Fi standard is built-in to this set for a faster Wi-Fi experience when connected to your homes wireless network. Wi-Fi Direct is also available. 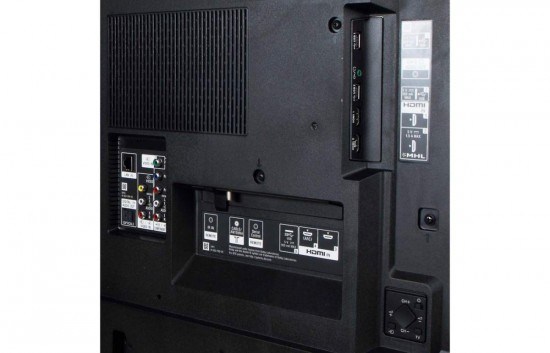 In my opinion and experience, Sony’s XBR line of 4K UHD TVs have produced some of the finest images in the television industry, and the XBR850C continues this tradition.

The overall picture quality of this display was very impressive. The 850C produced a very wide color gamut that provided a stunning array of rich and vibrant colors which appeared very accurate. Flesh tones were also reproduced accurately with a natural and life-like appearance.

This display produced very good image clarity, detail and sharpness, in addition to delivering exceptionally good image depth which allowed me to see extremely fine detail in landscaping and foliage in long-distance image shots. I also appreciated the three-dimensional look this set gave to most objects that appeared on the screen.

The 850C provided a uniformly bright image with a very good contrast range – peak whites were presented with no blooming or washed out appearance. Black levels were deep and very dark without any noticeable black image crush which allowed for very good shadow detail.

Black screen uniformity was excellent on this set with no apparent light bleed or clouding.

And while speaking of black level performance regarding this display, I would like to point out that Sony has done something unusual within their picture settings menu by labeling the TV’s black level adjustment  “Black level” instead of the normal “Brightness” label that is used to adjust black levels. On this set, the brightness function actually controls the panels backlight luminosity.

Side angle viewing on this set revealed the typical image fading and color saturation loss when viewed at moderate to extreme off-axis positioning.

The 850C offers Sony’s Motionflow XR960 technology to assist with motion blur reduction. However, with this feature turned off and while watching video clips from a sporting event, I did not detect any motion blur artifacts.

The audio quality of the drivers mounted within the two down-firing speaker ducts, each containing a tweeter (30mm) and a woofer (4x100mm), didn’t provide any punch to the sound quality; but instead delivered the typical lean and thin sound quality produced by most flat-panel TVs.

As was the 850B, the 4K upscaling of 1080p content was absolutely amazing on the 850C. While viewing a number of scenes from the Blu-ray edition of The Hobbit: The Desolation of Smaug, I was presented with breathtaking image quality. Images were extremely sharp, clear and very detailed without looking harsh or over processed.

The upconverted images on this display appeared as close to a 4K image as technically possible without actually being a true 4K image. That’s just how good this set video processing really is.

I’ve said this before and I will repeat it here: Even though native 4K source content isn’t widely available at this time, I still think (in my opinion) a 4K UHD TV is a good investment due to the fact just how much better your Blu-ray movie disc collection will appear on a 4K TV vs. a standard HDTV.

With that said, I would recommend purchasing this set just for its top-notch 4K upscaling of quality 1080p sources.

So, if you’re in the market for a new 4K TV, be sure to put the XBR850C on your short list of TVs to audition. I believe you won’t walk away disappointed.