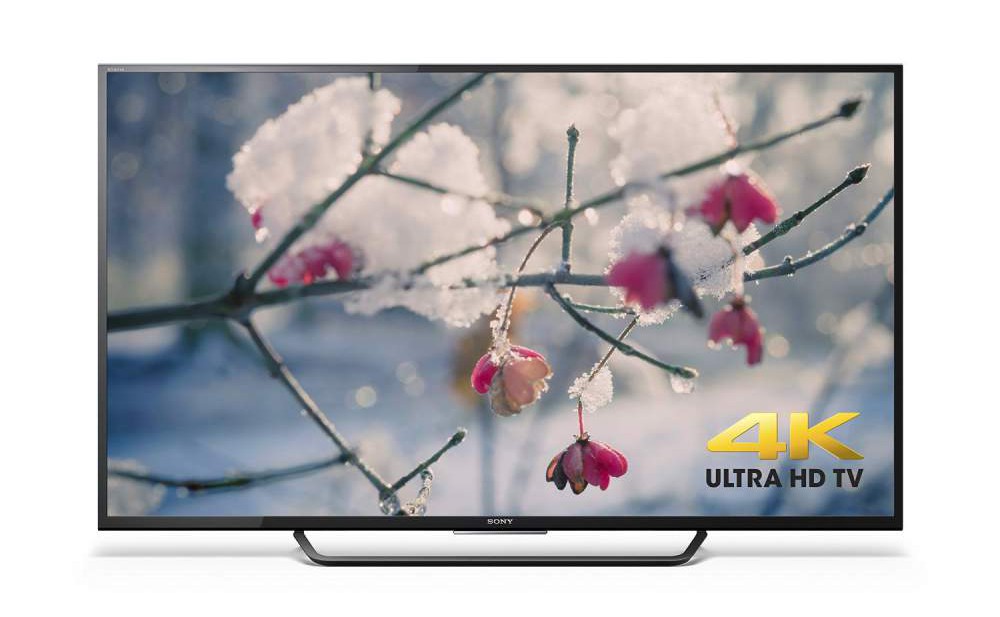 Sony’s XBR premium series of 4K UHD TVs typically offers better performance and features when compared to their standard line of televisions. The XBR Series has a wide range of pricing, including what I consider three budget-friendly models which consist of the: XBR830C, XBR800B and the newly released XBR810C. 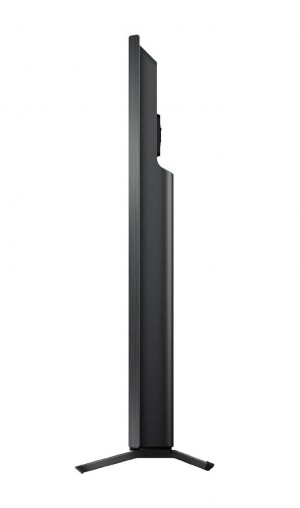 The 810C is available in 55″ and 65″ models and are fashioned with a plexiglass screen with a semi-gloss finish. The black bezel surrounding the screen measures just over a 1/2″ at its narrowest point. The panel depth on the display is a bit on the bulky side measuring approximately three inches thick at its deepest point.

The screen is illuminated with a direct-lit LED lighting array (not full-array w/ local dimming). This design allows for a more uniformly lit screen (depending on how many LEDs are used), when compared to edge-lit LED designs. Direct-lit displays also help increase contrast and black level reproduction. One drawback, however, is an increase in this displays panel depth to allow for the direct-lit LED design.

The black metal stand on this TV, in my opinion, is not as stable as the “A-frame” feet design that is found on other Sony models. It also gives the TV a bit of a wobbly feel when gently rocked back and forth from the top of the screen. It does, however, provide adequate stability.

As a lower cost XBR model, the 810C doesn’t provide as many menu options (including picture adjustments) as it more expensive counterparts, yet still offers the basics for optimal performance. On the other hand, it provides a host of useful features which include:

Smart TV featuring Android TV w/ Google Play: The XBR65X810C is equipped with an Android operating system and incorporates Android TV with access to a wide variety of apps from Google Play which has been optimized for playback on this TV. Android TV gives you access to movies, music, sports and other entertainment apps. In addition, view content from your smartphone or tablet on this TV using Google Cast for a more engaging experience on this TV’s much larger screen.

Sony’s Opera web browser gives users the full internet on this television with a user interface that has been optimized for TV screens, which in turn will enable users to experience the best TV browsing experience currently available.

When using Sony’s Opera TV browser, users will experience all that the web has to offer, allowing them to search for their favorite online content, just as they do on their computers, smartphones, tablets and other devices.

PlayStation Now game streaming enables you to stream PS3 games directly to this TV without the use of a gaming console. The only additional equipment required is a DUALSHOCK 4 controller (sold separately) which connects to one of the TV’s USB ports.

The XBR810C offers built-in Wi-Fi using the very fast 802.11ac standard. It also has Wi-Fi Direct which allows you to wirelessly connect to your mobile devices without the use of a router.

Remote control: The supplied remote is one of Sony’s standard issue wands. Its functionality provides all the necessary buttons to operate the TV remotely. The device is not backlit.

Note: This TV does not support 3D capability. 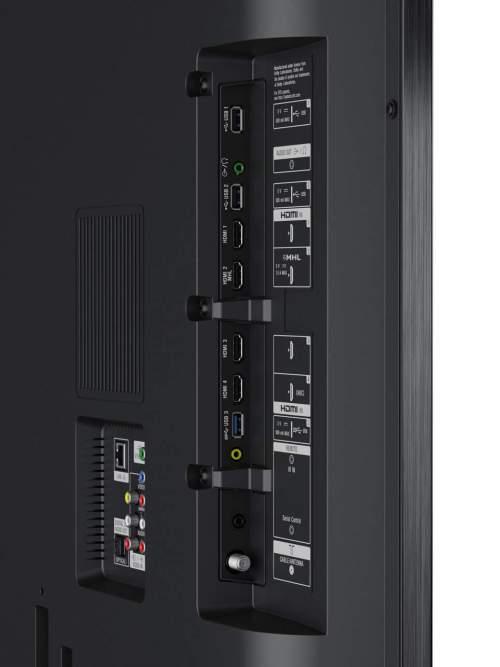 The 65″ XBR810C delivers very good overall picture quality. Even though this set does not contain Sony’s TRILUMINOS color technology, colors were still rendered accurately with a natural appearance. Colors were also dynamically rich and well saturated which were very appealing to my color sensory perception.

Image detail and clarity were very good and were what I’ve come to expect from a quality 4K UHD TV. Images appeared crystal clear with plenty of fine detail and image depth within the 4K images I viewed.

The 4K upscaling is also very good on this set when viewing high quality 1080p sources such a Blu-ray disc, which are rendered at near 4K quality.

Screen uniformity on the TV I used for this review was good and showed no light bleed or clouding on a completely dark screen in a moderately dark viewing environment.

Viewing white text against a black background exhibited no blooming, however, peak white output was not as bright as I would normally like to see and was a bit dimmer when compared to other “higher end” Sony XBR models.

Sony’s Motionflow XR 960 blur reduction technology appeared to do a decent job at keeping motion blur at bay, as I did not detect any motion artifacts in the fast action content I viewed.

Side angle or off-axis viewing performance has always been an Achilles heel for most LED-based TVs, and the XBR810C was no exception to this picture anomaly; however, this display performed better than average in this area and had minimal amounts of contrast and color saturation loss when viewed at wide angles which were most likely due to its IPS panel design.

The maximum light output (luminosity) from this display isn’t the brightest, so limiting the amount of bright sun light entering your viewing environment is recommended.

The sound quality of the two down-firing speakers was ok – I heard the usual thin and lean audio output with very little bass output. This is the typical performance for most flat panel designs. So adding a decent soundbar will take your audio experience to the next level.

Sony’s XBR65X810C is a great value in the ever-expanding 4K UHD market. It offers a set of very useful features, very good picture performance and a premium designated marquee status, all at a price that’s totally within reach for most consumers who are in search of a large screen 4K TV.

So add this model to your short list of prospective Ultra HD TVs, which offers one of the best values currently available within the 4K market.

Cons:
• Contrast and black levels could be better when viewing in a darkened environment
• The display panel is a bit bulky (thickness)