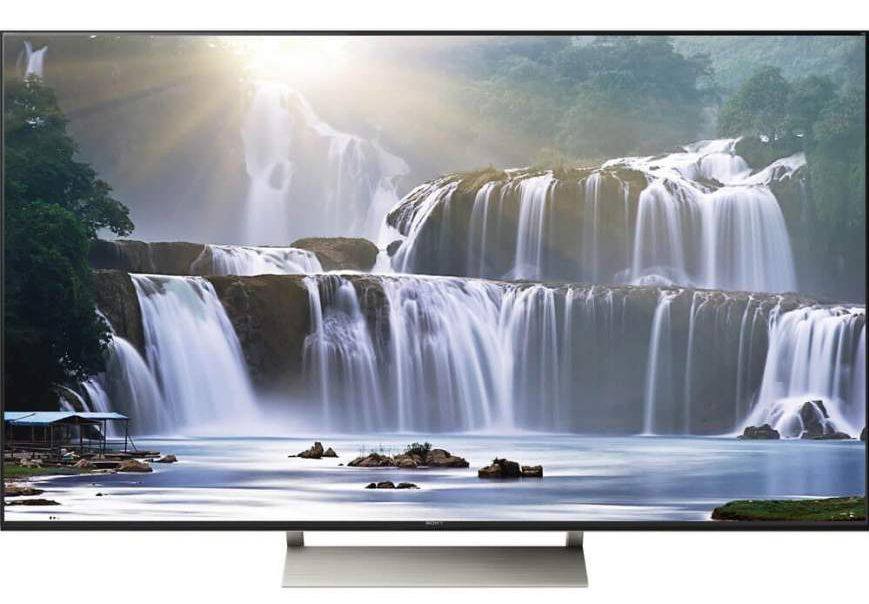 *Update: This excellent performing TV is still in production as a 2017 model (XBR75X940E) that included some feature updates:

I hadn’t planned on doing a review of the Sony XBR75X940D anytime soon; but after recently getting the opportunity for some hands-on time with this display, I felt compelled to share with you what I experienced… first, I’ll get right to the point and simply state that I was blown away by its jaw-dropping picture quality!

The Slim Backlight Drive technology allows Sony to place LEDs into very thin display panels (less than a 1/2″ deep at thinnest point) on both the 940D and 930D models. I am somewhat amazed at how Sony has accomplished this design in such an ultra-thin panel and still get the LEDs light output to properly illuminate the TV screen. It is even more mind-boggling when I think about how they achieved the 940D’s full-array LED backlighting scheme which places clusters or zones of LED’s directly behind its very thin screen.

Sony has managed to pull this off with very good results when evidenced by the 940D’s excellent backlight screen uniformity and picture quality. More on this later.

The massive 75″ screen is made of clear acrylic and contains a glossy finish.

I like the look of Sony’s new stand concept for its 2016 XBR models which Sony calls a Silver Slate design. Its design is simple yet attractive and provides an elegant touch to the otherwise state-of-the-art display panel. The stand also incorporates a built-in recessed cable routing system to conceal all cables behind a rear cover.

Upscaling of non-native 4K content via the X- Reality Pro continues its tradition of excellence on this display and is the best I have currently experienced in the industry.

TRILUMINOS display technology creates incredibly true, natural shades of colors that are rich and vibrant and brings you closer than ever to real-world colors.

Remote Control – Sony has ditched the two remote combos found on the previous year’s premium XBR models and is minus the touchpad version. Now you get just a basic IR remote that contains the built-in mic. The remote also has a new dedicated Google Play button that is adjacent to the Netflix button. The remote is not backlit. 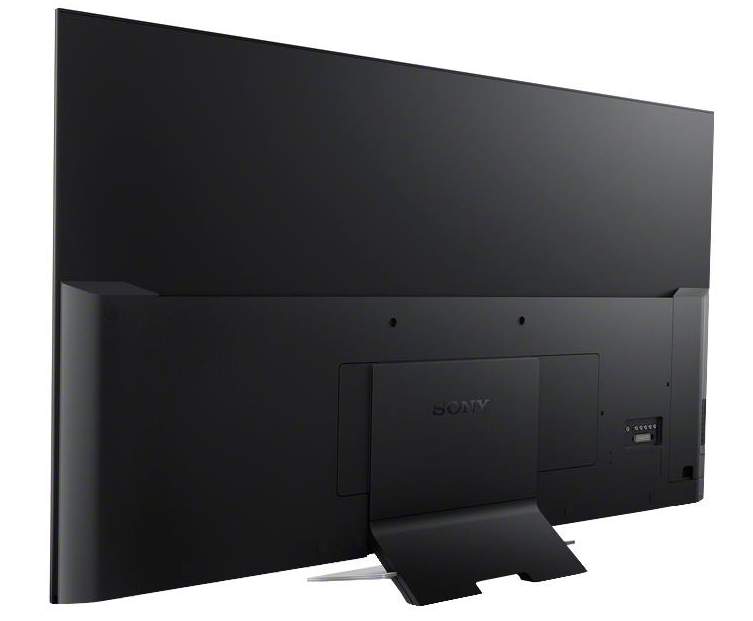 Sony has done an excellent job in making their latest flagship model a class-leading performer with breathtaking picture quality. The resolution this TV reveals is simply amazing. Detail and clarity are first-rate, producing sharp and crisp images with exceptional amounts of fine detail which were readily apparent in people, objects and of landscaping scenes displayed on the screen.

Color reproduction was something special to experience, delivering stunning tones and shades of hues that were richly vivid with plenty of dynamic punch, all without appearing oversaturated. In addition, the naturalness and accuracy of colors made images appear very realistic.

The contrast range on the 940D was outstanding, thanks in part to Sony’s X-tended Dynamic Range Pro technology which extends the TV’s contrast range enabling brighter peak whites and deeper black levels.

The black level performance on this TV doesn’t get any better where LED TVs are concerned; blacks levels were rich, deep-dark and inky in nature, which made nighttime scenes from the Dark Night Rises (Blu-ray disc) look sensational.

The last time I witnessed black levels this deep on a LED display that I reviewed was with Sony’s excellent and now discontinued XBR65X950B.

Peak white output was also very good on the 940D, and was readily apparent when viewing a black screen overlaid with white text – the whites were very bright and dynamic without any noticeable blooming or halo effects.

HDR content viewed on this TV was about the best that it can currently be… and was simply jaw-dropping. HDR content vastly improved the overall picture quality when compared to non-HDR images. A key area of picture enhancement came in the form of extended contrast range which was plainly visible with brighter image highlights and was most apparent during nighttime scenes.

In my recent review of Sony’s XBR65X930D, I go a lot more in-depth on what you can expect for a TV with good HDR performance. So instead of repeating those qualities here, I will refer you to that review to learn more. Click here.

For the record, I believe the XBR940D has better HDR performance when compared to the XBR930D, due to its full-array LED backlighting with local dimming design, which improves the black level and contrast performance.

1080p content – I viewed scenes from the movie The Dark Knight Rises on Blu-ray disc. If you’ve seen this movie, you know it contains a lot of dark (nighttime) scenes, and the 940D did an excellent job of portraying the subdued look of this film.

Black levels and contrast were very strong and were some of the very best I’ve seen to date. Black levels were consistently saturated with a very dark-inky shade of black. I was impressed.

The detail and clarity revealed in this film were also very good on this display, delivering a refined and textured appearance of the images on the screen, in addition to crystal clear transparency. Furthermore, I really appreciated the excellent image depth I experienced while watching scenes from this movie, which allowed me to see deep into the image while rendering an almost 3D type effect.

Black screen uniformity was very good on this TV. I didn’t see any light bleed or flashlighting coming from any parts of the screen. I must say I was quite surprised with these results due to the fact that many of the LED TVs I have reviewed with very thin panel designs have exhibited some sort of light bleed and/or clouding issues.

As well as the XBR940D performed, all was not perfect… the problem I noticed was a slight darkening effect in all four corners of the TV’s screen. This uniformity issue was almost constantly visible with both light and dark picture images. I personally felt that this would not be a deal breaker for me since the dark shading was very subtle.

However, I know many of you would find this totally unacceptable on such an expensive flagship model, and I’m inclined to perfectly understand your concerns.

Side angle viewing on the 940D was decent for an LED TV. When viewed at a 45-degree angle, there was minor color saturation and contrast loss to a point I felt it wouldn’t be a problem for viewers sitting at this particular angle. After moving out to extreme angles, the effects on viewing was impacted more but was still not to the point of being too distracting.

Motion blur and judder was not an issue with this display. Even with Motionflow XR 960 turned off, the 940D did a very good job at keeping picture motion anomalies out of my viewing experience with fast action sporting events such as soccer.

Update Note: There have been some reports on AVS Forum from consumers who have experienced smearing/trailing shadow issues during certain images of moving black objects against a white background.

The XBR940D is Sony’s best offering for 2016, and I was very impressed with its overall picture quality.

Its stellar image quality is at the top of its high-end class rating and is certainly one of the best TVs of 2016. It does have some direct competition from the likes of LG’s high-end OLED displays such as the 65E6P mentioned earlier, and Samsung’s KS9800. However, it does have enough strengths oh-hand to hold its own against the competition.

The 940D is as close to flawless as any premium high-end TV can possibly get; being marred only with some slight screen uniformity issues in the form of darkening in all four corners of the TV screen, and the typical LED side angle viewing contrast and color saturation loss.

Final thoughts – As mentioned above, this TV is still in production as a 2017 model. Its picture quality is still one of the best currently available, and I strongly suggest you put Sony’s excellent and now affordable XBR75X940E on your short list. You will not be disappointed. Highly recommended!