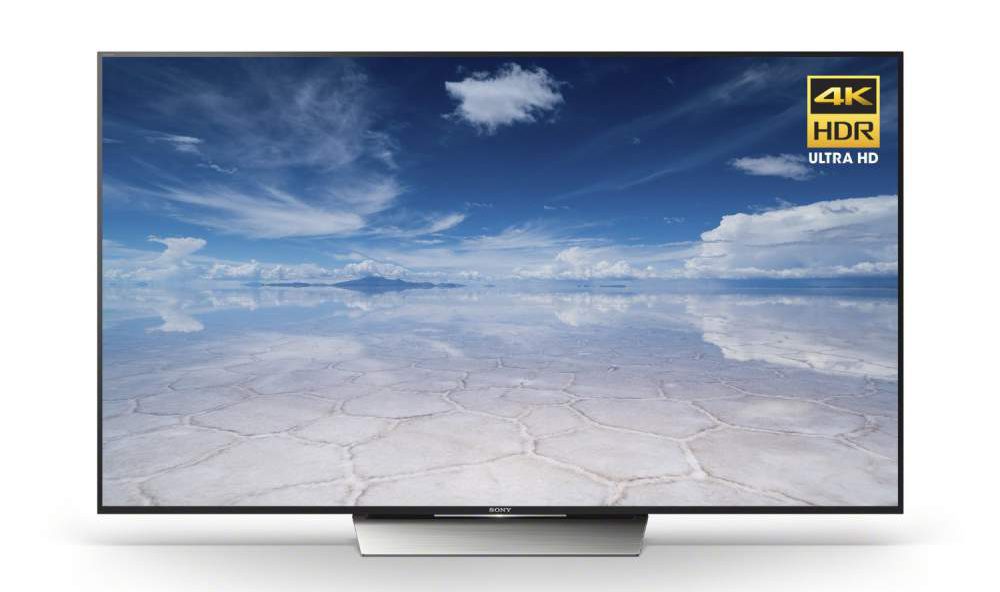 When compared to last year’s popular X850C, it does offer an improvement in screen brightness, but it also falls a bit short in a few crucial areas of performance when compared to its previous counterpart. Read on to learn more.

The build quality of the 850D is similar to the 850C with the exception of the 850D’s use of plastic for the stand and frame, giving it a cheaper feel. The 850D has a much thinner panel design measuring under a 1/2″ at its slimmest point, which gives it a more aesthetically pleasing appearance.

As a side note, the TV can be wall-mounted, but the mounting bracket is not included and is sold separately.

Sony has a new stand concept for its 2016 XBR models that Sony calls a Silver Slate design. Even though this stand is made of plastic, it’s still aesthetically appealing and compliments the display panel. The stand also incorporates a built-in recessed cable routing system to conceal all cables behind a rear cover.

The screen has a glossy finish and is illuminated with edge-lit LEDs. However, there is no local dimming feature for the display’s LEDs, thus reducing the TV’s peak brightness highlights and black level performance, especially with HDR content. 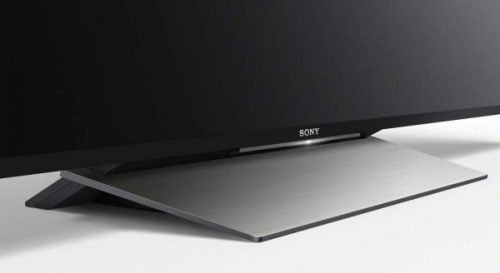 HDR (High Dynamic Range) is the premier feature of the X850D and is designed to deliver increased contrast with a greater range of peak brightness (highlights) and black levels, in addition to a wider color gamut for a rich and vibrant color spectrum, as well as better picture detail.

Picture processing as with all XBR models is handled by Sony’s very powerful and excellent 4K X1 processing engine which incorporates the 4K X-Reality Pro Upscaler, in addition to the displays TRILUMINOS color technology.

Just in case you’re interested, the 850D does not have 3D capability.

First, I’d like to cover the positive aspects of X850D’s performance…

Color – The accuracy, tonal balance and shading of colors was very good on this display. For example, when viewing scenes from my 4K demo footage from the movie Exodus: Gods and Kings, close up shots of a woman’s face was rendered with very accurate flesh tones and appeared very natural with no color imbalance. Colors were also well saturated with ample amounts of vibrancy and richness.

Detail and Clarity – While viewing the same images mentioned above, I was impressed with the amount of detail and clarity presented on this display. The jewelry and apparel that was worn by the woman were rendered with great transparency and allowed me to see all of the fine detail the image had to offer.

4K upscaling of 1080p content on this TV was very good and was what I’ve come to expect from Sony’s XBR series that uses their powerful X1 video processor. For example, while viewing scenes from Star Wars – The Force Awakens, the upscaled images took on a 4K appearance delivering excellent detail, sharpness and image depth.

Side Viewing Angles – Since the XBR850D uses an IPS display panel design, contrast and color saturation loss were almost imperceptible when viewing the screen at very wide angles. IPS panels are known for their excellent off-axis viewing performance.

HDR Performance – I haven’t seen a lot of HDR content since its availability has been limited, but is now just starting to become readily available (although titles are still very limited) to consumers via video streaming services and 4K HDR Blu-ray disc.

So with that said, I don’t have much in the way of viewing experience to compare with the 850D. However, I recently did a review of Sony’s XBR930D that does support HDR, and during that time I was able to check out its HDR performance. So by comparison, the 930D’s HDR images were better in my opinion and experience.

I believe these differences were due to the IPS panel used on the 850D, which limits contrast and black levels. However, actual HDR images weren’t bad on the 850D; image brightness was still decent but lacked some of the picture illumination and bright highlight information I saw on the 930D. See the XBR65X930D review to learn more about HDR picture quality.

Motion blur performance was very good on this set while viewing my 4K video demo footage of a European basketball game. The fast action on the court of players running and the high-speed motion of the ball showed no obvious signs of motion blur.

Screen Uniformity – In a dimly lit room (not completely dark) I did not detect any clouding or light bleed from the TV screen. However, images of an almost completely black screen allowed me to see its black level deficiencies, which appeared grayish instead of deep black. This effect, however, will not be as visible in a brightly lit room.

The X850D will delight video gamers due to its good input lag performance which is about 34.0 ms when the TV is set to the “Game” picture mode.

As I mentioned earlier, the 850D does have a few picture quality flaws. One of these flaws I’ve already mentioned above regarding its HDR performance, which could be a bit better, yet still delivers a decent HDR viewing experience.

The 850D’s much more obvious issues are its lack of contrast and deep black levels. And as stated earlier, this is due to the use of an IPS display panel which restricts contrast and the ability of the TV to render deep blacks in comparison to an LED TV that uses a VA type panel. The 850C uses a VA panel and has much better contrast and black levels.

If you’re in the market for a new 4K Ultra HD TV with or without HDR capability, impressive color, detail and clarity, a solid smart TV platform for video streaming and a very good wide-angle viewing performance, then you may want to take a good look at the XBR850D.

However, if you a have a strong desire for deep black levels and great contrast, you may not be completely satisfied with this TV, but for what it’s worth, I’ve seen IPS panels from other manufacturers that don’t do as well with contrast and black levels as does the 850D. 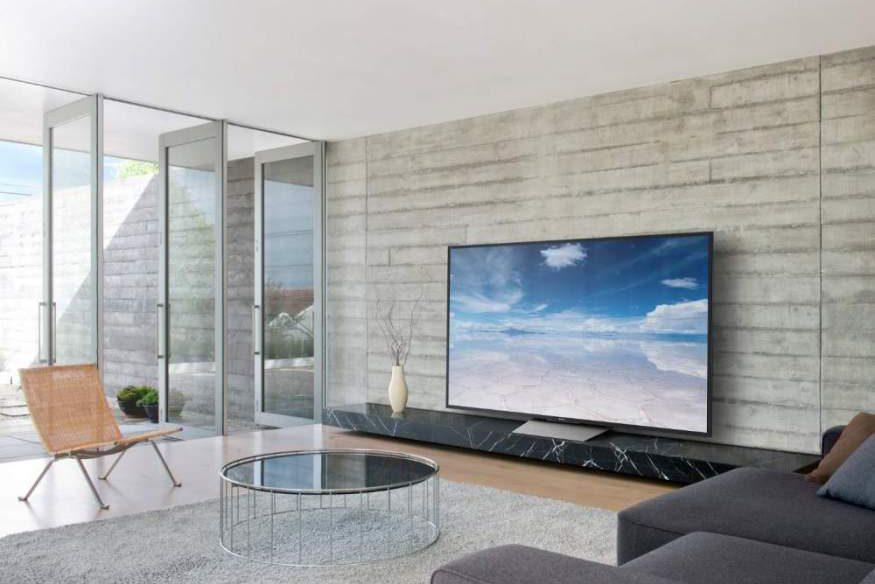 Cons:
• Black levels and contrast range could be better
• HDR performance could be better – yet still provides decent performance
• Mediocre sound quality from the built-in speaker – I suggest using a soundbar for better audio quality